BY Heather Hughes on October 10, 2017 | Comments: one comment
Related : Soap Opera, Spoiler, Television, The Young and the Restless 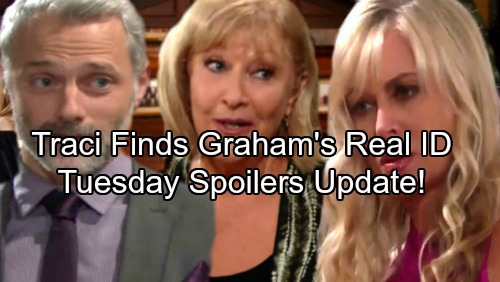 The Young and the Restless (Y&R) spoilers for Tuesday, October 10, tease that Ashley (Eileen Davidson) will miss John (Jerry Douglas) terribly. When family events happen, the Abbotts always wish John could be around. Ashley is set to receive her award later this week, so she’ll naturally have her dad on her mind. 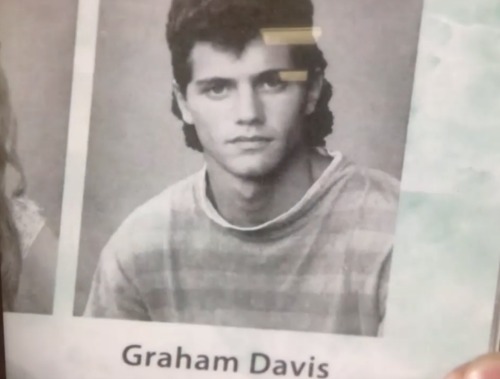 When Traci meets up with an old friend, they’ll get out a yearbook and find Graham’s picture. His real last name will be listed as Davis, so it’s clear that trouble is brewing. Ashley and Graham’s connection to Brent should cause chaos soon enough.

In the meantime, Graham (Max Shippee) will do his best to score an invitation. He’ll let Ravi (Abhi Sinha) know that he’d like to attend Ashley’s party. Graham obviously has a sneaky plan in mind. When Ravi passes along the news, Ashley will give Graham an invite. She’ll think it’ll be easier to expose Graham’s lies if he’s right there with Dina (Marla Adams).

At their apartment, Phyllis (Gina Tognoni) will urge Billy (Jason Thompson) to back out of the festivities. She’ll suggest that Jack will just cause a scene. In fact, Phyllis will believe quitting at Brash and Sassy is the only real solution. She’ll push Billy to decide whether family or business is more important. 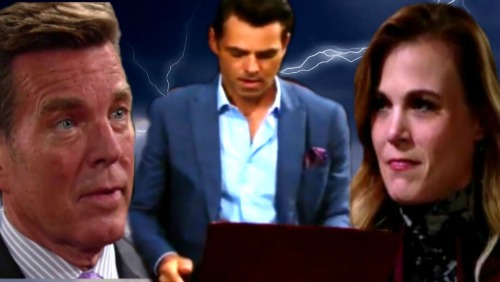 Billy will contend that Jack’s willing to keep the peace on Ashley’s big night. He won’t see any need to quit either. Billy will think he can find a way to make Jack tolerate him, but Phyllis won’t be certain. Later, Phyllis will bring Jack up to speed on her latest discovery. She’ll admit she caught Billy trying to get on the server again.

Phyllis will continue to hold Victoria (Amelia Heinle) responsible, but Jack will think Billy is the one to blame. He’ll feel like Phyllis needs to understand how much Billy wants to beat him. After all, Billy is willing to risk his relationship for a chance at victory. 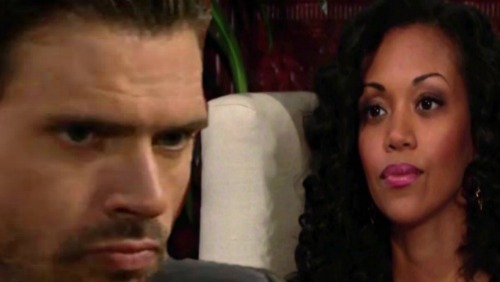 Other Young and the Restless spoilers say Nick (Joshua Morrow) will make all the arrangements with Hilary (Mishael Morgan). She’ll be thrilled about the interview, but she’ll warn that she’ll hold nothing back. Nick will promise that he can take whatever Hilary dishes out. He won’t be afraid to answer difficult questions about Victor (Eric Braeden).

Hilary will speak with Devon (Bryton James) a little later. They’ll catch up on each other’s lives before discussing Lily (Christel Khalil) and Cane’s (Daniel Goddard) divorce. Hilary will insist that the split won’t become official. She’ll argue that your true love always comes back in the end.