The Young and the Restless Spoilers: Jack Struggles to Cover Up Dina’s Fiery Secret – Graham Uses Shocker for Revenge

BY Kinsley Goldman on October 31, 2017 | Comments: one comment
Related : Soap Opera, Spoiler, Television, The Young and the Restless 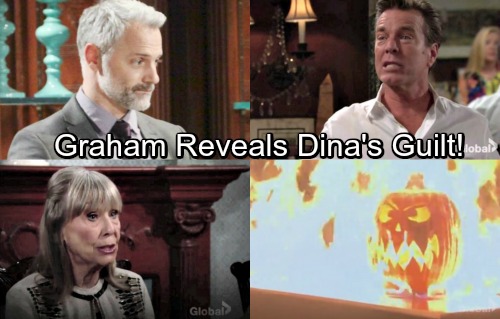 The Young and the Restless (Y&R) spoilers tease that things are about to get even trickier for the Abbott clan. Wednesday’s episode lets us know that Dina (Marla Adams) is the real culprit of the fire at The Underground. However, she’ll undoubtedly get away with it at first. Nick (Joshua Morrow) will assume he set the blaze when he lit the jack-o-lantern and played around with matches.

Of course, the truth will have to come out eventually. Perhaps Dina will mention her Y&R Halloween adventure to Jack (Peter Bergman). She hasn’t been quite right since her stroke, so Jack would be concerned if he knew his mom was out running around. His worries could get much worse when he turns on the news and hears about the raging fire at The Underground. 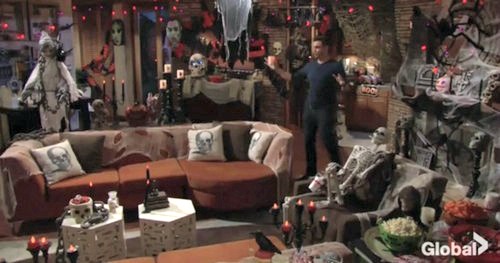 Jack felt guilty when he couldn’t protect Dina from Graham (Max Shippee). That’s why he vowed to make it right after her kidnapping. Jack accomplished that mission, so he won’t want to let Dina down again. He’s grown closer to his mom, so maybe Jack will try to spare Dina the pain of knowing what she’s done.

That’s especially true if this fire results in severe injuries or even a death. Jack might fear that learning what she inadvertently did would kill his mother. Still, it could be awfully tough to watch Nick suffer for Dina’s actions. If charges are filed or Victor (Eric Braeden) unleashes his wrath, that could complicate the situation. 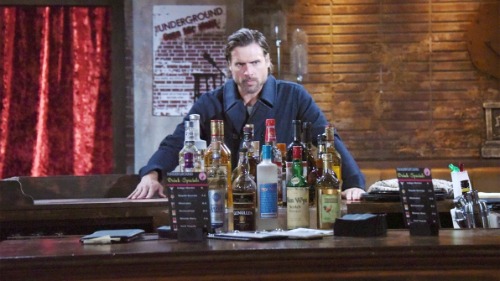 Nick’s guilt should be eating away at him and he could be facing punishment as well. Will Jack be willing to cover up the fact that Dina set the fire? How long could he really keep that a secret? Regardless, the true story will inevitably be exposed somehow.

The Young and the Restless spoilers hint that Graham (Max Shippee) will reenter the picture down the road. Could he learn the truth and use it against the Abbotts? Graham will certainly come up with a revenge strategy at some point.