The Young and the Restless Spoilers: Jack Tells Hilary To Get Sneaky – Devon Divorce Battle Gets Ugly 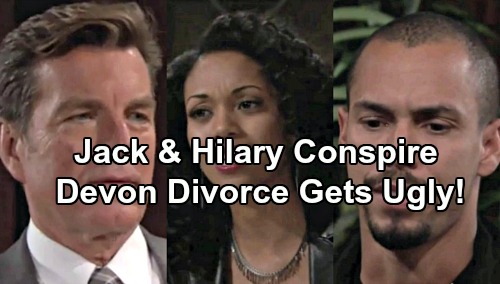 The Young and the Restless (Y&R) spoilers tease that more trouble is brewing on the CBS soap. Devon (Bryton James) and Hilary (Mishael Morgan) have faced plenty of conflict in their marriage. They recently decided their love just wasn’t enough to overcome the obstacles. Their divorce is underway, but the judge won’t sign off until they agree on a proper settlement.

Hilary mulled it over and demanded complete ownership of GC Buzz. Since Devon has billions to spare, Hilary will feel like he can easily give up a local gossip show. It can’t be worth that much in the grand scheme of things. However, Devon may not be so quick to hand it over. 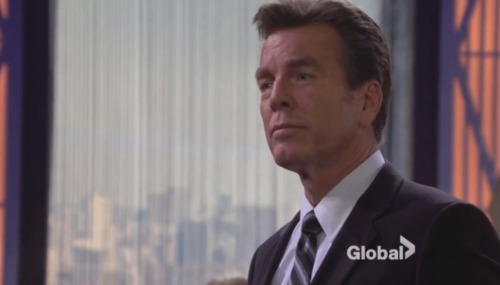 Devon appears to enjoy the work he’s doing at GC Buzz. He probably wants to make sure Mariah (Camryn Grimes) is taken care of as well. If Hilary gets total control of the show, she could kick Mariah to the curb. Plus, Devon may not like the idea of destroying his last link with Hilary. It’s tough to cut all ties.

Regardless, Hilary could have a fight on her hands. Their amicable divorce could become an all-out war. The Young and the Restless spoilers hint that Hilary will get frustrated when Devon drags his feet. She’s ready start the next chapter in her life. Hilary is just trying to move on and let go of the pain. 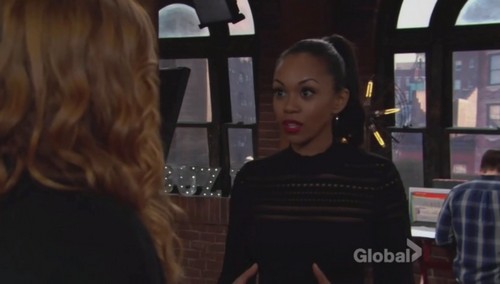 Devon hopes to do the same, but that doesn’t mean he’ll be willing to part ways with GC Buzz. Hilary will contemplate her predicament in an upcoming episode. It looks like she’ll fill Jack (Peter Bergman) in on what she’s dealing with.

Y&R viewers have seen an edgier side of Jack lately. He’s not afraid to go after what he wants. The Young and the Restless spoilers say Jack will urge Hilary to get sneaky. He’ll think Hilary needs to do whatever it takes to get what she deserves. Hilary will seem pretty interested in Jack’s advice. She may choose to play dirty as this plot continues. 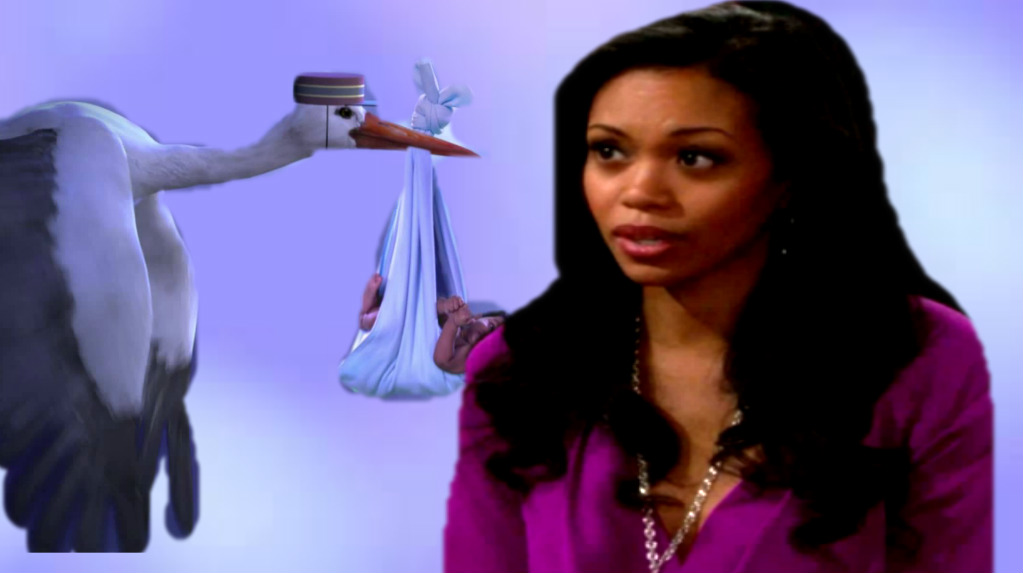 Since Hilary and Devon don’t have a prenup, she could insist that she wants half of everything if he won’t give up the show. This could turn into an ugly court battle. Any love Devon and Hilary shared could turn to rage.

Of course, there’s an easy solution to all of this. If Hilary turns out to be pregnant, a baby could settle these two down. Will Devon and Hilary get back together eventually? We’ll give you updates as other news comes in. Stay tuned to Y&R and don’t forget to check CDL often for the latest Young and the Restless spoilers, updates and news. Come and join in the LIVE discussion on our Facebook Page!