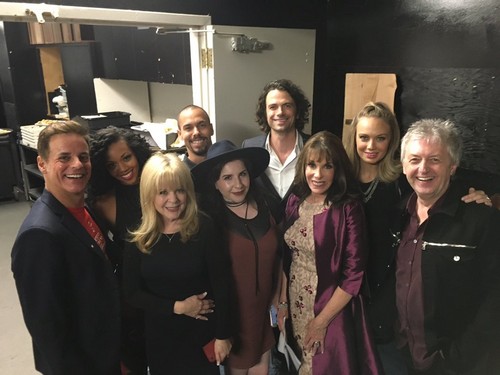 The Young and the Restless (Y&R) spoilers reveal Kate Linder, who portrays Esther Valentine on the CBS Daytime drama has hosted her 20th Annual Revera Royal City Manor Afternoon Tea. It took place in Vancouver. British Columbia, CANADA on Sunday, July 16 and was a benefit for the Canucks for Kids – a fund that supports children’s health and well-being as well as furthering education. Kate lost her husband, Ronald Linder, less than a month ago but she still made it to the charity event. 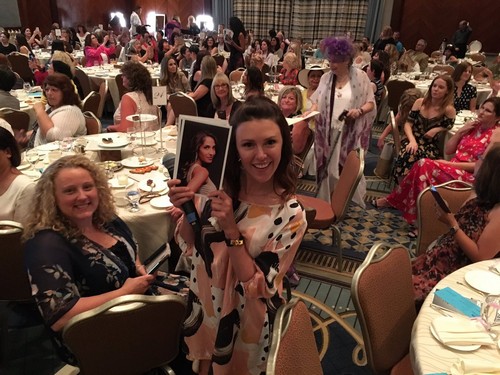 The Young and the Restless spoilers reveal Kate Linder and friends posted several photos to their social media one of Abby Newman (Melissa Ordway) kissing Daniel Hall (Scott Grainger) on the cheek, with fans wondering what’s going on with them. At the event there was a poster with all the photos of the Y&R cast that have joined Linder through the past 20 years at “Kate’s High Tea”.

Fans of the CBS Soap Opera and Kate Linder know that she is well known in the world of charities, as she is often seen working with Los Angeles Mission, feeding the homeless every chance she gets. It is clear that Kate Linder takes her charities to heart as she is spokeswoman for several including the ALS Association. 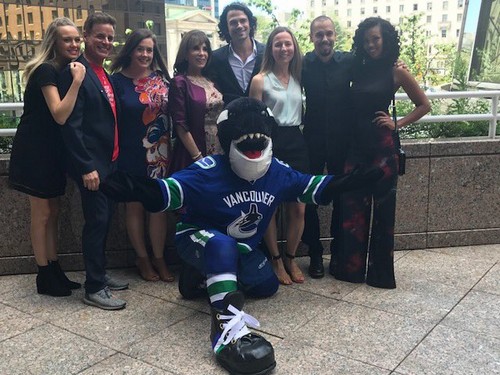 She is probably best known for her “Afternoon Tea with Kate Linder”, having her serve tea all over the United States and Canada. Her charities may keep her busy but as viewers have noticed, she is quite busy on screen right now too.

Y&R’s Esther Valentine has been thrown into a huge story arc as her daughter, Chloe Mitchell (Elizabeth Hendrickson), recently reunited with Kevin Fisher (Greg Rikaart) – only for the truth to come out in her connection to Adam Newman’s (Justin Hartley) abduction and murder. Chloe fled town, leaving her daughter Bella behind. 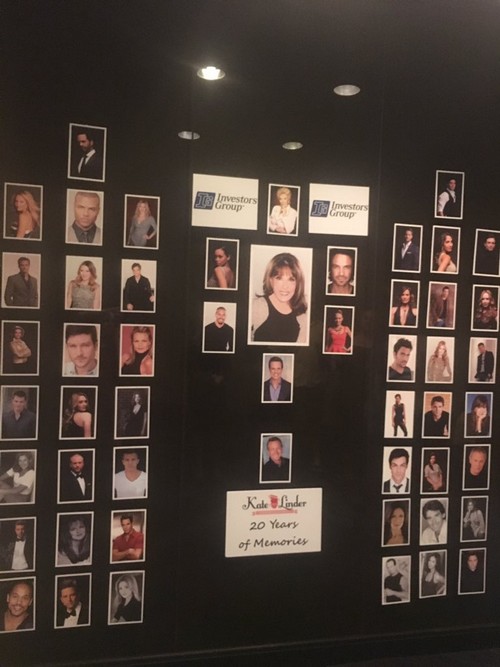 Kevin located and takes Bella from Esther in an attempt to reunite with mother and daughter. It will be interesting to see how this story plays out as fans already know that Greg Rikaart and Elizabeth Hendrickson have been let go from the daytime drama.

We’re all set for a fun afternoon in Vancouver raising money for #CanucksforKids! @KatesHighTea pic.twitter.com/McXEpSa4Sj