The Young and the Restless Spoilers: Lily Jealous of Sam’s Hot Nanny, Decides She Wants Cane Back

BY Heather Hughes on December 7, 2017 | Comments: one comment
Related : Soap Opera, Spoiler, Television, The Young and the Restless 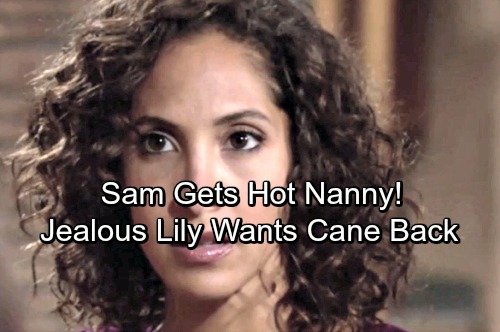 The Young and the Restless (Y&R) spoilers tease that Lily (Christel Khalil) will be torn about her future. She has strong feelings for Cane (Daniel Goddard), but his mistakes have made her question their life together. Cane and Lily put their divorce on hold due to the baby drama, but they’re rapidly approaching a crossroads. It’s time for Lily to decide if she can get truly give Cane another chance.

Lily won’t be sure what her choice is, but a surprising encounter will put her on the right path. The Young and the Restless spoilers say Cane will hire a nanny to help him care for Sam. As a single dad, he’ll feel like he could use an extra set of hands. Cane will find an attractive woman who’s kind and qualified, so he’ll quickly hire her.

When Lily meets this hot nanny, she’ll be taken aback. Lily may battle some jealousy when she sees this sexy lady interacting with Cane and the baby. She won’t like the idea of another woman looking after Sam and possibly falling for Cane. Lily will suddenly realize that she wants that spot in Cane and Sam’s life. She’ll soon make a move in hopes of claiming it.

The Young and the Restless spoilers say Lily will sit down for a tender chat with Cane. She’ll open up about the difficulties they’ve faced and where her head is at right now. Cane and Lily’s marriage can’t be repaired instantly, but Lily’s ready to take the first step. She’ll admit that she misses her husband and would like to bond again. 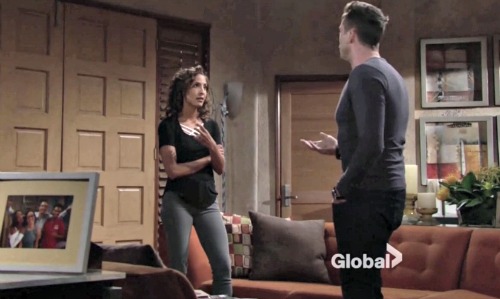 Cane should be cautiously optimistic when he hears the news. This is everything he’s been dreaming of, but he won’t want to get his hopes up unless Lily’s committed. Y&R fans know Cane has to be there for Sam, so he’s looking for stability. At some point, Lily will just have to determine if she’s in or out.

Fortunately, it looks like Lily will give this reunion a real shot. This couple should officially be back together soon enough. Are you glad Lily’s going to reconnect with Cane and help raise Sam? We’ll give you updates as other Y&R details emerge. Stick with the CBS soap and don’t forget to check CDL often for the latest Young and the Restless spoilers, updates and news.