The Young and the Restless Spoilers: Mariah and Tessa’s Spark Ignites – Y&R Gearing Up for New Couple Shocker? 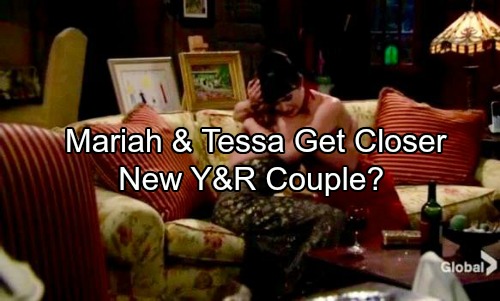 The Young and the Restless (Y&R) spoilers tease that the CBS soap is likely gearing up for a shocking new couple. Over the past few weeks, Mariah (Camryn Grimes) and Tessa (Cait Fairbanks) have been growing closer. At first, viewers were thrilled to see a fun friendship between female characters. Soaps tend to ignore those bonds in favor of romantic ones.

It slowly became clear that there could be another side to the story. Y&R started to go overboard on all the quality time together. Thursday’s episode definitely showcases Mariah and Tessa’s deep connection. It’s obvious that The Young and the Restless intends to make these two more than just gal pals.

Many fans have been wondering if Y&R would actually go for it. They typically avoid exploring anything too risky when it comes to sexuality. Nevertheless, it looks like The Young and the Restless could be moving full-speed ahead with a same-sex pairing. There’s no confirmation yet, but we’d bet the farm that something is brewing. 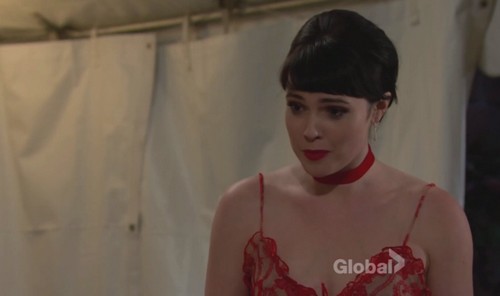 Days of Our Lives has featured several gay characters and The Bold and the Beautiful did a significant transgender arc. General Hospital also did a bisexual storyline. The Young and the Restless could follow the same path as GH.

If Y&R is going to do this, Mariah seems like the perfect choice. Her romances have never really worked out. After her disastrous attempt at sleeping with Kevin (Greg Rikaart), they could’ve taken Mariah the lesbian route. However, now Devon (Bryton James) has blown her mind in the bedroom. It appears Mariah will have to swing both ways.

Tessa’s history may tie in here as well. As her secrets are revealed, we may learn that Tessa has had relationships with women in the past. Regardless, Tessa is getting awfully cozy with Mariah. They’ll try to deny their attraction for a while, but it’s a battle they may lose. 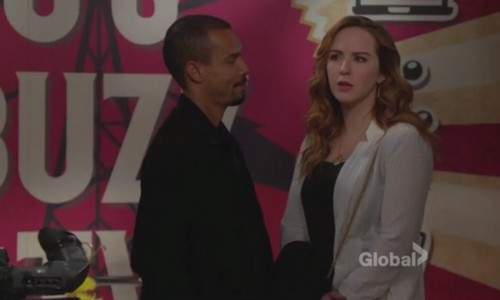 It’s easy to see that Tessa just isn’t that into poor Noah (Robert Adamson). We can also assume that Devon and Hilary (Mishael Morgan) are going to reunite eventually. Those longing looks certainly mean something.

When Devon inevitably breaks Mariah’s heart, she’ll undoubtedly turn to Tessa for comfort. That’s when things could heat up between them. Of course, Noah could catch them kissing or even hooking up at some point. That’s double the heartbreak. The Young and the Restless could deliver some great drama here.

Are you curious to see where this possibility could lead? Do you like the idea of Tessa and Mariah getting together? We’ll give you updates as other news comes in. Stay tuned to Y&R and don’t forget to check CDL often for the latest Young and the Restless spoilers, updates and news.