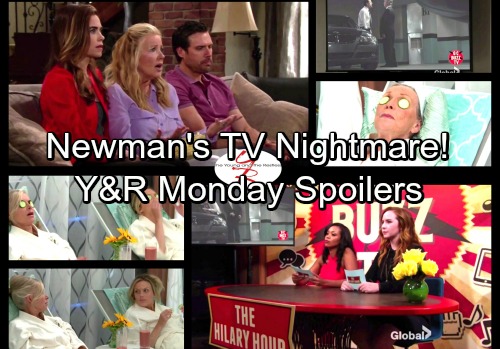 The Young and the Restless (Y&R) spoilers for Monday, July 24, tease that Nikki (Melody Thomas Scott), Victoria (Amelia Heinle) and Nick (Joshua Morrow) will all check out the concert coverage. When Hilary’s (Mishael Morgan) show airs, the Newman clan is in for a shock. The footage of Nick and Victor’s (Eric Braeden) fight will certainly cause some outbursts.

Once they see the clip of Victor punching Nick, Nikki will be horrified. Nick will shake his head in disgust and Victoria will just seem distraught by more drama. They’ll be appalled by the new scandal and how this makes their family look. It’s going to be a while before Genoa City residents stop talking about this epic fight. 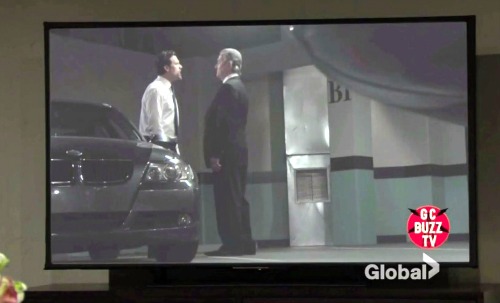 Hilary will do some commentary to go along with footage. She’ll suggest that this father’s relationship with his son must be very different from what they show the public. Mariah (Camryn Grimes) probably won’t have much to say. She was against the idea of airing the confrontation, but Hilary’s mind was made up.

After the upsetting broadcast, Nick will fume over Hilary’s latest move. He’ll decide he needs to give her a piece of his mind. Y&R spoilers say Nick will march down to the TV studio and begin a tirade. Of course, Hilary won’t be in the mood to face Nick’s wrath. She’ll make it clear that she has no regrets about dragging the Newman name through the mud. 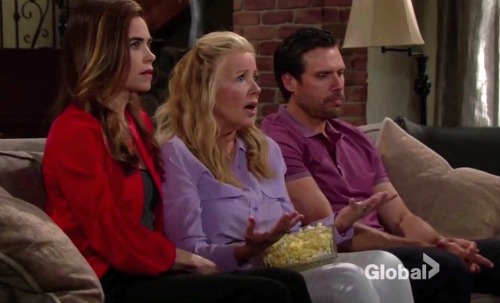 Hilary insist that Victor is responsible for Nick’s pain. She’ll point out that she had permission to air the fight, so Nick should really be confronting Victor. There’s a good chance he’ll indeed face off with his dad again soon. Their feud is obviously out of control.

Things will be calmer across town. The Young and the Restless spoilers state that Dina (Marla Adams) will enjoy a spa day with her daughter and granddaughter. Ashley (Eileen Davidson) and Abby (Melissa Ordway) will have a nice time as they relax in their robes. 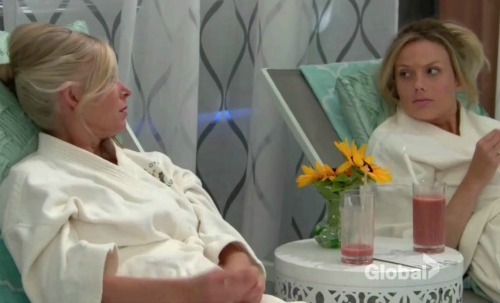 As they chat, the topic of younger men will come up. Dina will contend that they give so much and ask for so little. Abby and Ashley’s jaws will drop over that comment. They’ll wonder if Dina is talking about Graham (Max Shippee). Her companion has always been adamant that they’re not lovers, but Ash and Abs may have some doubts.

Whatever the case, there’s definitely more to the story with Graham. He stands to inherit a massive fortune, but Jack (Peter Bergman) is convinced that he’s shady. We’ll give you updates as other news comes in. Stay tuned to Y&R and don’t forget to check CDL often for the latest Young and the Restless spoilers, updates and news.