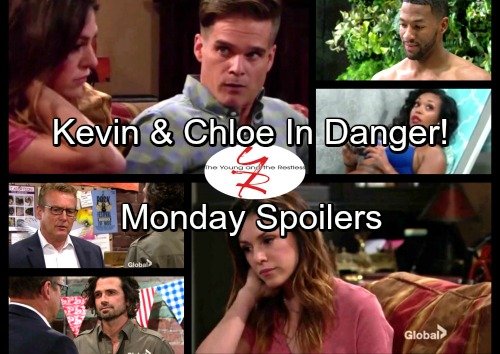 The Young and the Restless (Y&R) spoilers for Monday, July 3, tease that Jordan (Darnell Kirkwood) will share some tense moments with Hilary (Mishael Morgan). She’ll be lounging in a bikini when a shirtless Jordan walks over. Hilary will suggest that she’s miffed about how he’s been treating her. She’ll warn that Jordan had better think twice before getting too close.

Jordan will flash a hint of a smile after Hilary snaps at him. Perhaps he’s had some time to cool off. Jordan might be ready to make amends, but will Hilary go for the idea? We’ll have to wait and see, but there doesn’t seem to be long-term potential for them as a couple. It looks like Y&R intends on putting Hilary back with Devon (Bryton James) eventually. 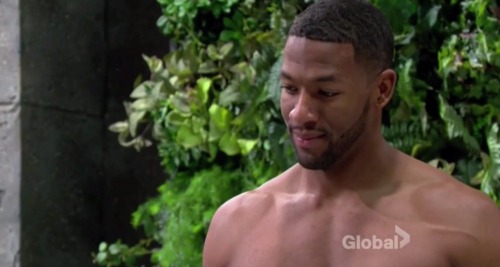 Jordan could be moving further into Lily’s (Christel Khalil) orbit soon. He claims he just cares about her as a friend, but he may change his tune down the road. Lily’s marriage certainly isn’t on solid ground, so there might be a chance for Jordan to swoop in.

Other Young and the Restless spoilers state that Paul (Doug Davidson) will fill Scott (Daniel Hall) in on his latest concerns. He’ll note that Kevin (Greg Rikaart) has been gone a little too long. Paul will worry that Kevin might be in some kind of trouble. He just won’t be able to shake the feeling that something’s wrong. 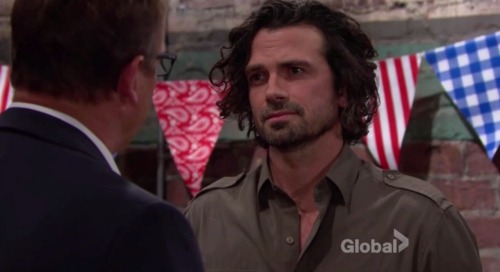 Scott will listen to Paul’s fears and offer to help in any way he can. Y&R spoilers reveal that Paul’s instincts are correct. Kevin is indeed facing a tricky situation at Dr. Harris’ (Ron Melendez) house in Louisiana. This sneaky doctor is going to be a bigger problem than Kevin anticipated.

The Young and the Restless preview video shows Kevin telling Chloe (Elizabeth Hendrickson) that they have to get out of there. It appears Chloe will be reluctant to take off. Maybe she’s starting to trust Dr. Harris a bit more. Whatever the case, Kevin will maintain that they need to leave right now. 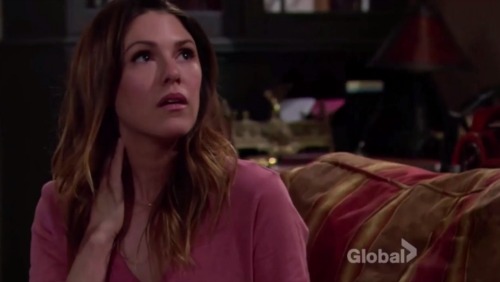 At some point, Kevin will realize his car has been tampered with. He’ll know that Dr. Harris is creating some dangerous issues. Will Kevin and Chloe manage to make a break for it? We’ll give you updates as other news comes in. Stick with the CBS soap and don’t forget to check CDL often for the latest Young and the Restless spoilers, updates and news.