The Young and the Restless Spoilers: Monday, November 6 – Hilary Threatens Chelsea – Abby Moves In With Zack

BY Heather Hughes on November 2, 2017 | Comments: one comment
Related : Soap Opera, Spoiler, Television, The Young and the Restless 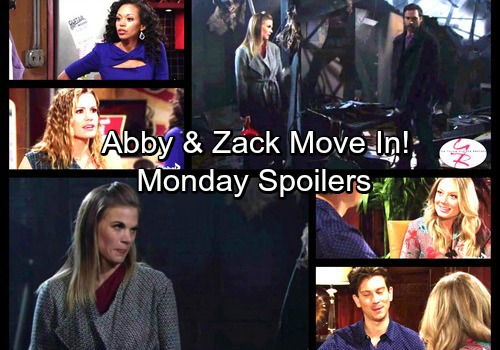 The Young and the Restless (Y&R) spoilers for Monday, November 6, tease that Nick (Joshua Morrow) and Phyllis (Gina Tognoni) will discuss the latest disaster. They’ll be relieved over Billy’s (Jason Thompson) rescue, but the drama isn’t over. Nick will examine the damage and wonder if it’s time for a change.

Phyllis will listen as Nick works through his options. He could rebuild, but he won’t know if that’s the right call. Nick will point out that this is the second hit The Underground has taken. He’ll suggest that maybe it’s fate’s way of telling him to move on.

It sounds like Nick could be headed down a new career path soon. Noah (Robert Adamson) may not be happy about that. There’s a good chance a fight is brewing for this father and son. In the meantime, Hilary (Mishael Morgan) and Chelsea (Melissa Claire Egan) will also clash. A story opportunity will leave these fierce ladies at odds in Monday’s Y&R episode.

The Young and the Restless spoilers say Hilary will talk about her duty as a journalist. She’ll contend that she has to report the whole truth, even if it’s ugly. Chelsea will ask if that’s supposed to be a threat. Hilary will probably argue that she’s simply giving Chelsea the heads-up on her rules. How Chelsea chooses to respond to that info is up to her.

Since Jordan (Darnell Kirkwood) got on Hilary’s bad side, that might be what this confrontation’s all about. The Young and the Restless spoilers say Hilary will hope to dig up dirt on her ex. She’ll want to make Jordan pay the price for crossing her, but Chelsea may not be on board with backstabbing. 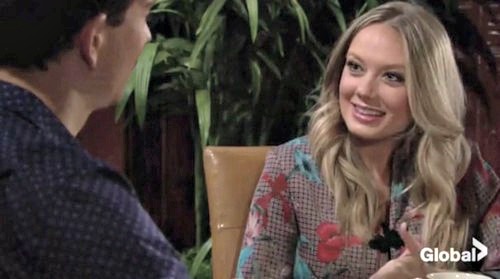 Nevertheless, Hilary will indeed get some assistance soon. Y&R buzz hints that Phyllis may pull out her old playbook and pitch in on a sneaky plan. She’s been hanging out with Hilary lately, so it seems these two could become strong allies. Perhaps Hilary will return the favor if Phyllis needs her help down the road.

Elsewhere, Abby (Melissa Ordway) will have a shocking suggestion for Zack (Ryan Ashton). She’ll decide she’d like to live with the secret sex ring leader. Poor Abby has no idea what’s ahead! We’ll give you updates as other news comes in. Stay tuned to the CBS soap and don’t forget to check CDL often for the latest Young and the Restless spoilers, updates and news.