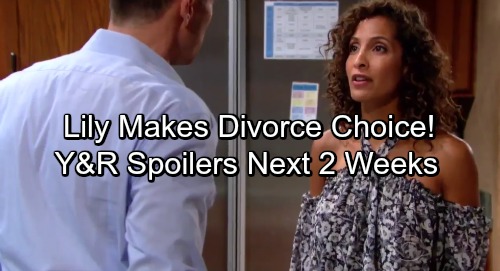 The Young and the Restless (Y&R) spoilers for the next 2 weeks tease that we’ll see some risk-takers on the CBS soap. The week of September 18-22 will pull Victoria (Amelia Heinle) and Billy (Jason Thompson) together. As they face more temptation and work drama, it could lead to some major consequences.

Meanwhile, Victor (Eric Braeden) will also have consequences on his mind. He’ll warn Nick (Joshua Morrow) and Chelsea (Melissa Claire Egan) that there’s no turning back. The Young and the Restless spoilers indicate that Nick will face a good dose of revenge soon. Victor intends to destroy his son and he doesn’t mind if Chelsea gets caught in the crossfire. 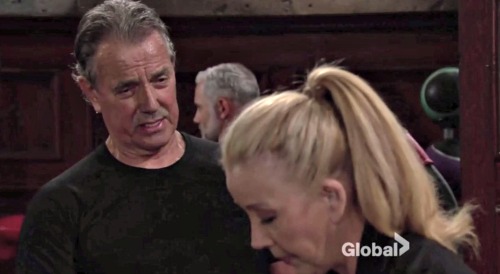 Nikki (Melody Thomas Scott) and Jack (Peter Bergman) will be targets as well. Victor won’t be happy once Graham (Max Shippee) sends photographic evidence of how close those two are getting. Jack and Nikki’s romance could take a serious hit thanks to Vic.

Elsewhere, Graham will receive ammunition from Dina (Marla Adams). Once he’s armed with Ashley’s (Eileen Davidson) paternity secret, he may wait for the right moment to strike. Blackmail is certainly an option if Ashley can’t stay in her lane.

At The Underground, a music promoter named Irv West (Wayne Knight) will check out Tessa’s (Cait Fairbanks) performance. Unfortunately, her act will hit a huge snag. Someone else could make this one disastrous night!

Plus, Kevin (Greg Rikaart) will head back to Genoa City starting Wednesday, September 20. He’ll pop up in episodes during the week of September 25-29, too. Y&R fans can expect some bonding time for Mariah (Camryn Grimes) and Kevin. She’s dealing with some confusing issues, so she could really use a friend who’s not Tessa.

Still, Tessa and Mariah’s connection will remain strong. The Young and the Restless spoilers say Mariah will make a bold move to help Tessa with a crisis. She could put herself in harm’s way, but it’ll be worth it if she can pull this off. 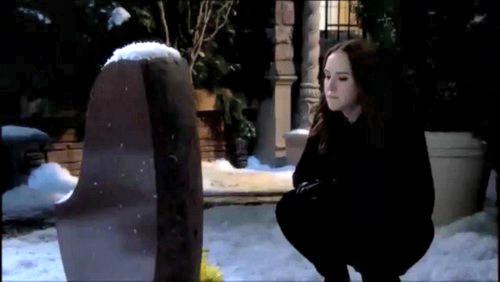 Will Mariah try to talk to Alice (Tamara Clatterbuck)? Y&R buzz suggests that Mariah could gaslight Alice as Cassie (Camryn Grimes) at some point, so that’s certainly an option here. Regardless, trouble is brewing.

Speaking of trouble, Victor (Eric Braeden) will get some terrible news. Nick (Joshua Morrow) has no plans to surrender, so he could have a scheme in play. Then again, this may involve shady Zack (Ryan Ashton) and his app. It’s clear that Victor has several shocking blows coming for him.

Other Young and the Restless spoilers hint that Lily (Christel Khalil) will make a crucial choice. Will she decide to divorce Cane (Daniel Goddard) or give him another chance? Things aren’t looking great for “Lane.” We’ll give you updates as other details emerge. Stick with Y&R and don’t forget to check CDL often for the latest Young and the Restless spoilers, updates and news.