The Young and the Restless Spoilers: Next 2 Weeks – Jill Warned of Danger – Cane and Lily Targets – Sharon Demands the Truth

BY Heather Hughes on December 23, 2017 | Comments: one comment
Related : Soap Opera, Spoiler, Television, The Young and the Restless 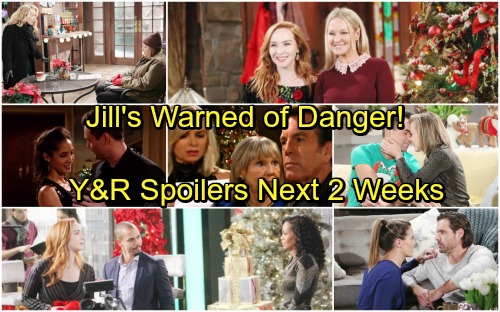 The Young and the Restless (Y&R) spoilers for the next two weeks tease that some heartwarming moments are ahead. The week of December 25-29 will kick off with a sweet Christmas special. Four short stories will revolve around the giving spirit and what that means for several Y&R characters.

Once the presents are opened and the eggnog is downed, it’ll be time to kick off some New Year’s Eve party planning. There’ll be some big shindigs in Genoa City this week. However, nothing can top Nikki (Melody Thomas Scott) and Victor’s (Eric Braeden) looming vow renewal. They’ll decide to get married again and prove their phony feelings to everyone in town.

It turns out the ceremony will bring some surprises. As Victor and Nikki look into each other’s eyes, they’ll start to remember why they fell in love with each other. Nick (Joshua Morrow), Victoria (Amelia Heinle) and Abby (Melissa Ordway) won’t know what to believe when they see the tears flowing. They’ll wonder if there’s still some love between Nikki and Victor after all.

Later, Scott (Daniel Hall) and Abby will look forward to 2018. They’ll hope to put their mistakes behind them, but they’ll just end up making another one. The Young and the Restless spoilers say they won’t be able to resist the magnetic pull of their lips. 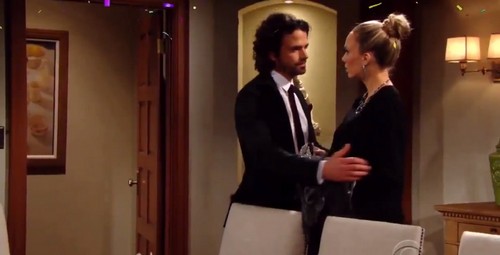 The week of January 1-5 will deliver another round of Jack and Ashley’s (Eileen Davidson) battle. She’ll make some bold moves as she works to gain the upper hand. Billy will also have a challenge on his mind. He’ll hope that his little experiment pays off, but the real challenge could be getting along with J.T. (Thad Luckinbell)! 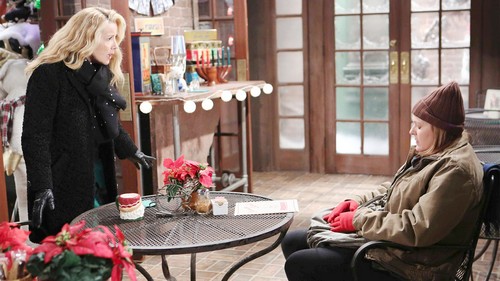 Across town, Sharon (Sharon Case) will seek the truth from Scott. It sounds like she’ll figure out what he’s been doing behind her back. Sharon will want some answers about Scott and Abby’s apparent connection. She’ll demand to hear the story straight from Scott.

Meanwhile, Jill will do some matchmaking, but it won’t be for Victoria and Billy. Lily (Christel Khalil) and Cane will be the targets of her scheme this time around. Finally, The Young and the Restless spoilers say Chelsea and Nick’s world will be shaken. Will Nick learn the truth about Christian’s (Jude and Ozzy McGuigen) paternity?

It looks like some exciting scenes are ahead. We’ll give you updates as other Y&R news comes in. Stick with the CBS soap and don’t forget to check CDL often for the latest Young and the Restless spoilers, updates and news.