The Young and the Restless Spoilers: Nick Interested in Sharon Again, Scott Fights Back – Future With Chelsea Destroyed by Lies

BY Sean O'Brien on May 23, 2017 | Comments: 9 comments
Related : Soap Opera, Spoiler, Television, The Young and the Restless 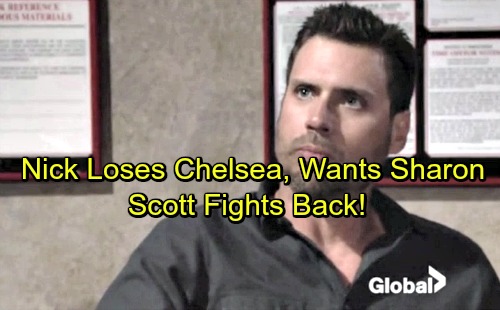 The Young and the Restless spoilers tease that Nick (Joshua Morrow) now recognizes that a long-term relationship with Chelsea (Melissa Claire Egan) might not be possible. The consequences of Chloe (Elizabeth Hendrickson) being located by Chelsea would be profound. Included among them would be the likely confirmation that information was withheld about the Victor (Eric Braeden) connection.

So even though Nick encouraged Chelsea to find Adam’s (formerly played by Justin Hartley) killer, he understand that success in this instance could mean the end of Chick. That’s why Nick’s recent comments to Sharon (Sharon Case) about her passion and the extra looks he gave her when she was with Scott (Daniel Hall) at Crimson Lights shouldn’t be written off as meaningless. 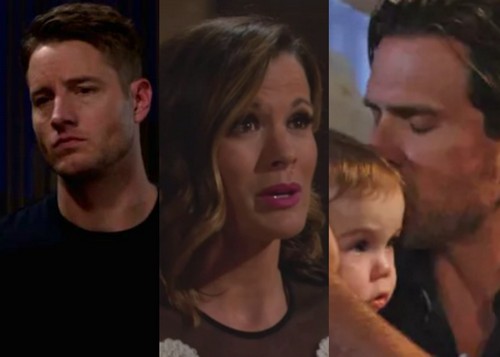 As Y&R viewers recall, Victor orchestrated Chloe’s early release from a secure facility so she could help him frame Adam for the faux murder of Constance Bingham (Sally Kellerman). Victor believed that Delia’s (Sophie Pollono) mother would be more motivated than anyone else in the world to help him teach his son a lesson.

The Moustache never intended for Adam to actually go to prison. But Chloe went off-script and withheld vital evidence that would have enabled Adam’s exoneration. Chloe’s choice kept Adam behind bars, which led to Victor arranging an escape plan. Adam was hiding in the woods, waiting for Chelsea, Nick and Connor (Gunner and Ryder Gadbois) to arrive when the cabin he was staying in blew up. A series of spring flashbacks revealed that Chloe had not only shot Adam with a tranquilizer dart, but also implied that she ruptured the propane line that caused the cabin to explode. 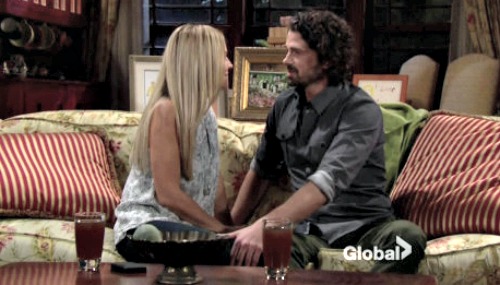 The almost Mrs. Fisher was later exposed as Adam’s apparent killer when Chelsea found her husband’s wedding ring in Chloe’s childhood dresser drawer. Chloe knocked out her claimed best friend when confronted and later lied to Victor about why she needed to immediately leave town by plane.

Nick trailed Chloe to the Genoa City air strip and confirmed his father’s shocking involvement in the Adam plan just moments after Chloe boarded the Newman jet. Victor later located her, in what may have been Thunder Bay, Ontario, and paid her to disappear forever.

All of the above seems to establish that Chelsea will learn what Nick knew. She will likely retaliate by telling him that Christian (Jude and Ozzy McGuigen) is Adam’s biological child. Both reveals should end Chick, at which point Nick could easily regain interest in his first love. But would Sharon drop Scott for him? CDL is a leading source for everything linked to The Young and the Restless. Check back regularly for Y&R spoilers and news!