The Young and the Restless Spoilers: Nick Urges Chelsea to Find Chloe – Cane’s Evil Returns To Bite Him – Scott and Abby Spar

BY Heather Hughes on May 17, 2017 | Comments: 3 comments
Related : Soap Opera, Spoiler, Television, The Young and the Restless 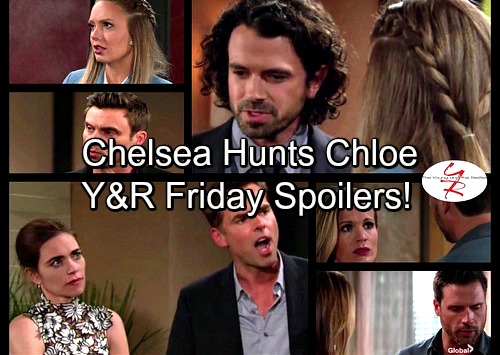 The Young and the Restless (Y&R) spoilers for Friday, May 19, tease that Nick (Joshua Morrow) will make a bold move. After talking with Victor (Eric Braeden) and Sharon (Sharon Case) separately on Thursday, Nick will be torn about what to do. He won’t know if he should continue to protect his family or support Chelsea’s (Melissa Claire Egan) search for Chloe (Elizabeth Hendrickson) instead.

In Friday’s new Y&R episode, Nick will tell Chelsea to do whatever it takes to find Chloe and get the closure she needs. Is Nick being sincere or does he intend to spy on Chelsea and throw her off track? Victor hopes Nick will choose the latter. However, he probably won’t be pleased with Nick’s potential tactic. The Young and the Restless spoilers claim Victor wishes Nick could get Chelsea to just drop all of this. 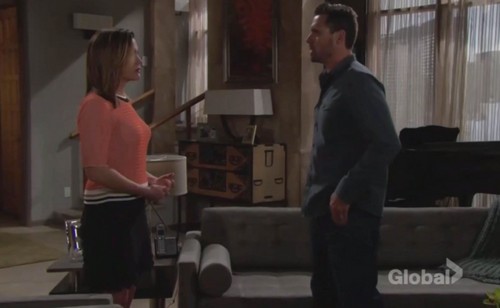 Of course, it’s possible that Nick genuinely wants Chelsea to do what will help her heal. Unfortunately, Nick’s secrets could come back to haunt him. Chelsea will inevitably discover that he’s been keeping crucial facts from her. Nick’s support of the Chloe quest will only fix their relationship temporarily.

Elsewhere, Abby (Melissa Ordway) and Scott (Daniel Hall) will face off. She doesn’t like having a babysitter any more than he likes being one. When Abby has a bad attitude, Scott will fire back. He’ll ask what school Abby went to before suggesting that it was the “University of My Daddy Just Handed Me This Job.” 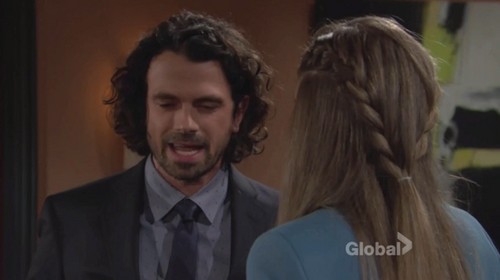 Abby will be furious over Scott’s insult. It sounds like this Young and the Restless war is heating up. Still, hate often turns to love on the CBS soap. Scott is with Sharon for now, but maybe feelings will emerge for Abby down the road. Stay tuned to see if any romantic shakeups could be brewing.

In Hollywood, Billy (Jason Thompson) will rage over some behind-the-scenes footage that just aired. He’ll insist that he was only joking when he took bets from the hockey players. Billy will argue that Jesse never should’ve edited the footage together that way. 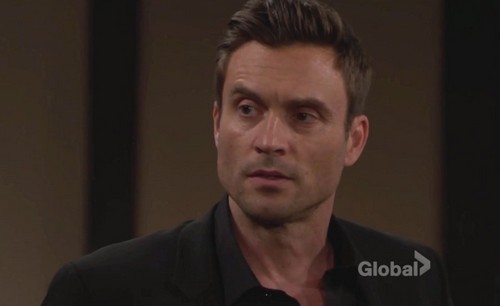 Cane (Daniel Goddard) actually instructed Jesse to do it, so he’s responsible for this mess. His goal was to make Billy look bad and it seems to be working. Cane will contend that Billy just wants to pin this on someone else. Victoria will point out that they need to talk to Jesse immediately. She’ll hope they can get to the bottom of this disaster.