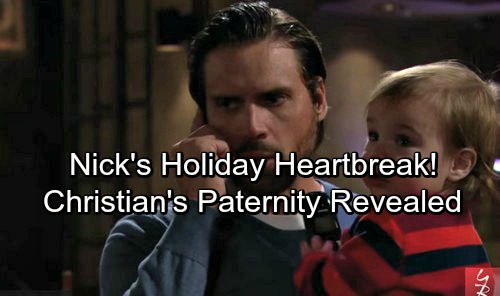 The Young and the Restless (Y&R) spoilers tease that Chelsea’s (Melissa Claire Egan) secret could be in jeopardy. Nick (Joshua Morrow) has started to soften toward Victor (Eric Braeden), but that could mean more trouble’s brewing. Whenever Nick attempts a truce or makes a nice gesture, Victor usually finds a way to provoke him. He’s too stubborn to just let the past go.

Instead, Victor is obsessed with making Nick suffer. Sadly, that means Chelsea could suffer as well. Nick gave away his massive fortune and his business just burned down. Victor can’t really use the money angle to hurt Nick anymore. When it comes to his torture tactics, it’s time to branch out. 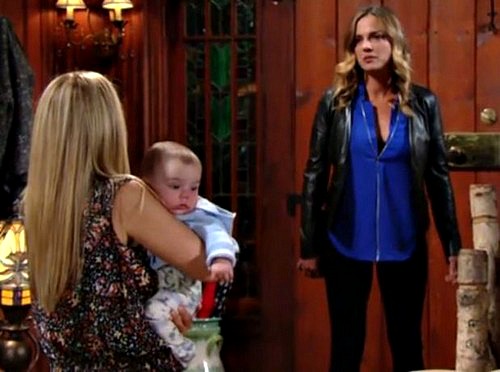 Victor still has a huge secret in his arsenal, so he might use it at some point. Will Victor reveal that Christian is Adam’s (Justin Hartley) son? Nick might find out Chelsea already knew, so it’d be a double blow. He would undoubtedly dump Chelsea and sulk over the fact that he’s raising his nephew.

Of course, it’s possible that Victor won’t be to blame for Nick’s devastation. There are many ways to learn secrets on The Young and the Restless. Eavesdropping is a great one. Nick could easily overhear Victor and Chelsea talking about what they’ve been hiding. 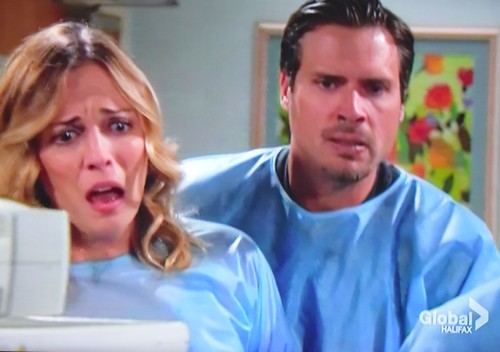 Chelsea could also be hit with some guilt and expose the secret herself. Anything can happen when the pressure revs up. There might even be some medical issue or a newly discovered document that helps Nick see the light.

If Victor stays blameless in the big reveal, it might preserve the progress he’s made with Nikki (Melody Thomas Scott). Y&R appears to be inching them toward a reunion, so a major setback wouldn’t be ideal right now. Chelsea and Nick, on the other hand, seem poised for a breakup. We could be building to the baby bomb that will tear them apart for good. 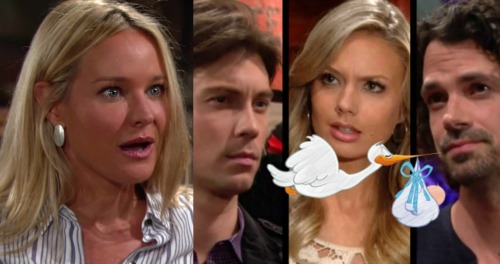 Sharon (Sharon Case) will learn a terrible secret, too. She’ll eventually find out Scott (Daniel Hall) cheated on her, so maybe Nick and Sharon will comfort each other through their ordeals. The Young and the Restless spoilers hint that some holiday heartbreak may be in the works.

Will this be a crushing Christmas or will Y&R prolong the inevitable? We’ll give you updates as other news comes in. Stick with the CBS soap and don’t forget to check CDL often for the latest Young and the Restless spoilers, updates and news.