The Young and the Restless Spoilers: Paul Recruits Kevin To Rat On Victor – Scott Playing Abby and Sharon 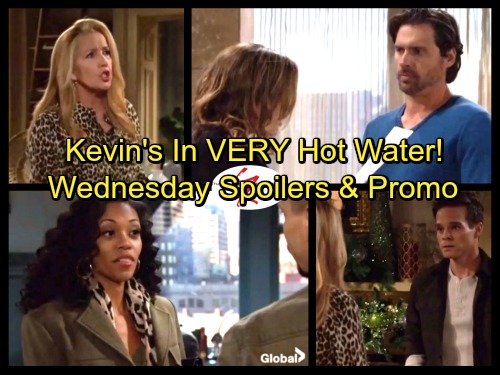 The Young and the Restless (Y&R) spoilers for Wednesday, December 6, tease that Tessa (Cait Fairbanks) will rant about Victor (Eric Braeden) having her arrested. She’ll gripe to Nikki (Melody Thomas Scott) and contend that they both owe her. Tessa will suggest that she agreed not to dig up dirt on Victor, but can we trust that she’s telling the truth? A secret plan wouldn’t be out of the question.

Regardless, Tessa will think she did Nikki a favor as well. She’ll point out that Nikki squealed about the gun, but she left Noah (Robert Adamson) out of the loop on his grandmother’s blabbing. Later, Tessa will be forced into an interview with Hilary (Mishael Morgan). She’ll fill Mariah (Camryn Grimes) in on the real story before they go to air.

When Hilary reveals some facts about the case, Tessa will share why Crystal (Morgan Obenreder) shot Zack (Ryan Ashton). The story will connect with viewers, so Tessa’s download numbers will go through the roof. Later, Tessa will blast Mariah for sharing her secrets with Hilary. Mariah will insist she did no such thing. It turns out Devon gave Hilary the info to set up this damage control. 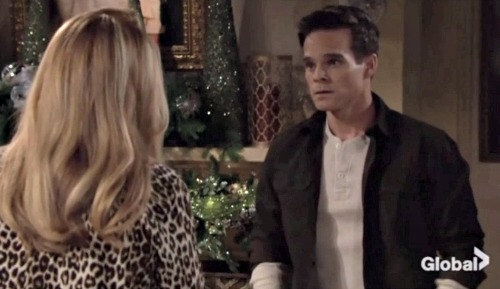 Mariah will also run into some trouble at home. After Scott (Daniel Hall) moves in, he’ll have sex with Sharon (Sharon Case) on the living room floor. The Young and the Restless spoilers say Mariah will freak when she spots her mom under blankets with her beau.

Once Scott heads upstairs, Mariah will notice a text on his phone. Sharon will realize Scott got a job offer in New York, so she’ll ask him about it. Y&R spoilers say Scott will promise it’s no big deal. When Sharon asked him to move in with her, it convinced him to stay put.

At Newman Enterprises, Scott will meet with Abby (Melissa Ordway) for a chat. They’ll talk about Tessa’s interview, but it’ll turn into an argument as usual. One thing will lead to another and they’ll almost share a kiss. Scott will leave before this goes any further, but temptation is really revving up. 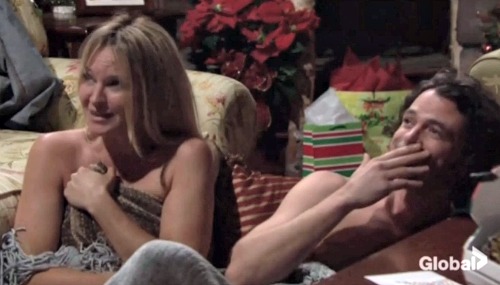 Other Young and the Restless spoilers say Nick (Joshua Morrow) will be on a mission to save Chancellor Park. A developer wants to turn the property into a bunch of condos. Nikki (Melody Thomas Scott) will support Nick’s efforts. She’ll head off to gain Esther’s (Kate Linder) support, but a Kevin (Greg Rikaart) sighting will derail her plan.

Nikki will get Kevin to admit that he’s been working with Victor. She’ll scold him for scheming and contend that whatever Victor has on Kevin must be big. At the police station, Paul (Doug Davidson) will give Christine (Laralee Bell) updates on a new tactic. He’ll hope he has just the person to crack the case against Victor.

It sounds like Paul’s hoping Kevin will be his secret weapon. That could be awfully risky for Kev! We’ll keep you posted as other Y&R news comes in. Stick with the CBS soap and don’t forget to check CDL often for the latest Young and the Restless spoilers, updates and news.