BY Sean O'Brien on May 20, 2017 | Comments: 29 comments
Related : Soap Opera, Spoiler, Television, The Young and the Restless 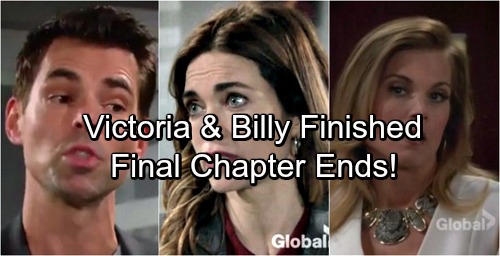 The Young and the Restless (Y&R) spoilers tease that Vickie (Amelia Heinle) will be forced to make a decision about Billy (Jason Thompson). This time she won’t be doing so from her normal position of strength. Philly is real and appears likely to last. So the long game Vickie thought she was playing will soon be ended by her recognition of reality.

After resisting Billy’s advances for months, Vickie decided that she wanted a reunion with her two-time ex-husband after all. Timing is often important in life and on the soaps because just as Miss Newman made her choice Billy opted for Phyllis (Gina Tognoni).

An aside is now offered to the reading audience. Heinle was asked by Y&R to work with four different lead actors within the span of two years (2014-2016). Billy Miller was briefly replaced by David Tom, who initially played the non-child version of this character years ago. 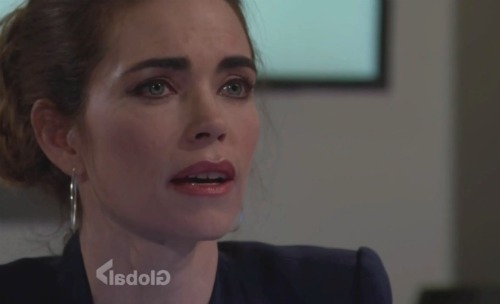 Tom was replaced by Burgess Jenkins who apparently chose to leave the show on his own accord. Thompson, known for his long run as Dr. Patrick Drake on ABC’s General Hospital, assumed this cast spot in January 2016.

It was hard for viewers to digest all the Billy character changes. Seasoned fans surely can guess what it must have been like for Heinle to establish professional rapport with each actor through Thompson. She’s performed solidly by this scribe’s account, projecting the same overt and subtle interactions with each man.

Readers also know that Thompson and Tognoni are vastly different actors than Miller and Michelle Stafford (Phyllis, prior to Tognoni) were. Their classic versions of each character never would have morphed into a couple. But Tognoni built on the chemistry she was developing with Jenkins and has taken it to a high level with Thompson. She rightfully was honored with a 2017 Emmy for her efforts as a result. 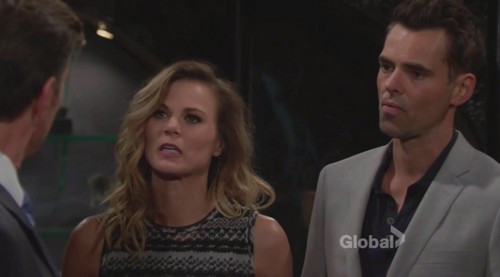 Shortly after the Brash and Sassy travelers and other guests return from Hollywoodland, the soon to be scorching summer heat will be felt. Partially through the tension created from the Professional Hockey League debacle, Billy will more deeply realize that life with Phyllis offers far less hoops to jump through.

While Vickie will always be the mother of his son and adopted mother of his second-born daughter, she’s also a part of Billy’s past. Old patterns kept repeating for both ex-spouses. So Vickie must accept today as it is and move forward.

Meanwhile Heinle, Thompson and Tognoni will continue to deliver for Y&R’s audience as this entangled arc plays out. CDL is a leading source for everything linked to The Young and the Restless. Check back regularly for Y&R spoilers and news!  Please come and join in the LIVE discussion on our Facebook Page!