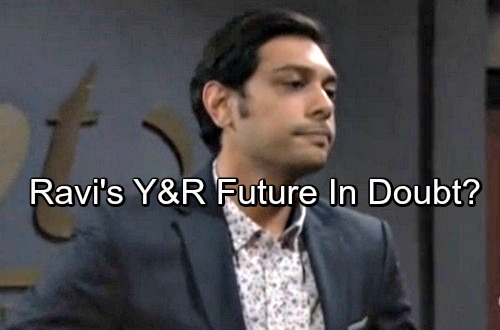 The Young and the Restless (Y&R) spoilers tease that Ravi’s (Abhi Sinha) future with the CBS soap could be in jeopardy. When Mal Young took over as Y&R’s head writer, he indicated that he wanted to phase out some of the newbies. Young has been trying to focus on core characters and the people with strong connections to them.

Ravi has been able to keep a decent storyline going through Ashley (Eileen Davidson), but it looks like the link has been cut. In Tuesday’s episode, Ashley breaks some bad news to Ravi. She lets him know that she was indeed leading him on as he suspected. Ravi sucks it up and decides to keep working at Jabot anyway, but can he truly handle being just another employee? 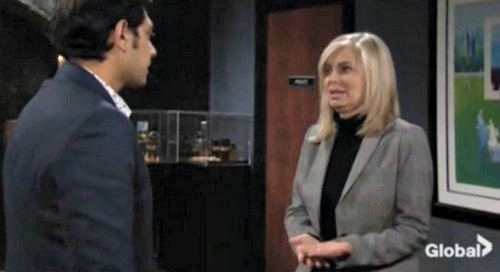 Ravi would’ve loved to carry on a full-fledged relationship with Ashley, but she’s never really been that into him. What happens if Ashley moves on with someone else? If Ravi has to watch Ash cozy up to another man, it should be quite painful. That’s especially true if Ravi remains a lonely bachelor.

There are a few ways Y&R could take this. It’s possible that Ravi will also find someone new. He doesn’t have a ton of options on canvas, but Mariah (Camryn Grimes) and Abby (Melissa Ordway) might be possibilities. Unfortunately, Mariah’s still dealing with Tessa (Cait Fairbanks) issues and Abby’s stuck to Scott (Daniel Hall) like glue. All the baggage could just end in more heartbreak for Ravi. 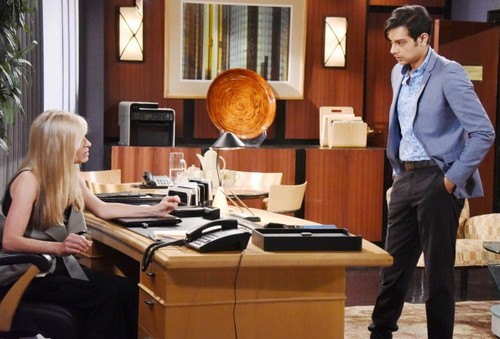 Victoria (Amelia Heinle) seemed to be getting a little flirty with Ravi, so he could always leave Jabot and hook up with her eventually. However, Victoria probably has a bit of a J.T. (Thad Luckinbell) reunion headed her way. She probably won’t be getting together with Ravi anytime soon.

If all of Ravi’s options fall through, what will become of this tech whiz? Ravi could be kept around for business plot points, but he needs a real storyline if he’s going to get solid airtime. It’s possible that the show will phase the character out altogether. The Young and the Restless spoilers say more changes are brewing at the CBS soap.

What do you think the future holds for Ravi and his portrayer, Abhi Sinha? Should Y&R let Ravi kick off another love story with someone who appreciates him? Would you miss Ravi if the show got rid of him? We’ll give you updates as other Young and the Restless details emerge. Stay tuned and don’t forget to check CDL often for the latest Young and the Restless spoilers, updates and news.