The Young and the Restless Spoilers: Sharon Needs To Watch Abby – Scott Vulnerable To Naked Heiress 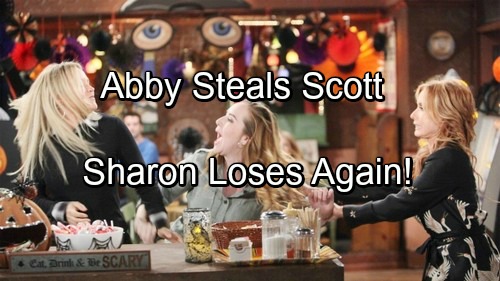 The Young and the Restless spoilers tease that Sharon (Sharon Case) will need to keep an eye on her latest significant other. Scott (Daniel Hall) appears to be genuinely committed to her, but Abby (Melissa Ordway) subconsciously longs for Mr. Grainger.

The Naked Heiress is the nickname Abby applied to herself when Emme Rylan (now Lulu Spencer on ABC’s General Hospital) portrayed this character from 2010-2013. The gist of that version of Abby involved her being entitled and thereby justifying any whim as okay. That take on life included various romps in Genoa City sans her clothes, a la the classic Lady Godiva, who was popular ages before Hollywood types used their bodies to leverage social media access. 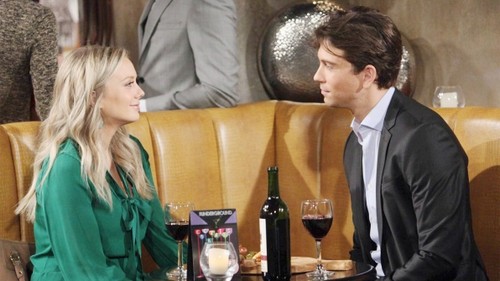 Today’s Abby had matured. She married Stitch (Sean Carrigan) and responded admirably during the Mad Max (Jared Breeze) arc. That appeared to indicate that this character was finally being developed.

Y&R’s viewers have been chewing on the cookie cutter plot point ever since. It was somewhat odd because Sharon was being restored to her former, strong self. So why rush into another coupling so soon?

No longer the town kook, Case’s character put the sad Sully (Jude and Ozzy McGuigen, who are actually portraying Christian) ruse behind her and quickly bounced back from Dylan’s departure. Sharon assumed control of Crimson Lights, which Dylan owned, enrolled in college classes, reached a truce with Nikki (Melody Thomas Scott) and began volunteering at a Crisis Center.

It would seem that today’s Sharon won’t be destroyed by Scott’s projected betrayal. Viewers know that Shott hasn’t formalized their relationship. There’s been no engagement, though he is living with her at the Cottage, which has long reflected one of Y&R’s most beautiful settings, among many.

Abby already suspects something isn’t quite right with Zack (Ryan Ashton). Her instincts are sharp, as he’s fronting Design Date for his illegal trafficking ring. It would seem impossible to believe that Ashton’s character will somehow be redeemed and remain in the script.

Scott’s investigation on behalf of Hashtag is leading into Zack’s end, but also to a deeper connection with Abby. Hall’s character actually isn’t interested in Abby right now, but his feelings can surely be developed. When that likely happens he’ll have a decision to make. Tell Sharon the truth and break, or work two relationships for awhile.

Both women are impressive in different ways. Each may come to stake her claim, if that’s the direction Y&R chooses to go. Then again, Sharon might decide that Scott’s not worth her time and let Abby have him.