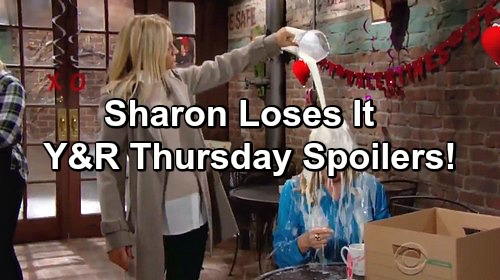 The Young and the Restless (Y&R) spoilers for Thursday, February 9, tease that Sharon (Sharon Case) will want Paul (Doug Davidson) to give Dylan (Steve Burton) a few of his belongings. She’ll think it might help Dylan with his transition. Paul will insist that he can’t. It’s too risky to give Dylan anything that ties him to his old life.

Sharon will get upset when Paul gives her the deed to Crimson Lights. She’ll wonder if he brought divorce papers, too. Paul will note that they don’t have to rush it, but Sharon will point out that her marriage is over. She’ll ask Paul to box up the rest of Dylan’s stuff so she doesn’t have to be reminded of her pain. 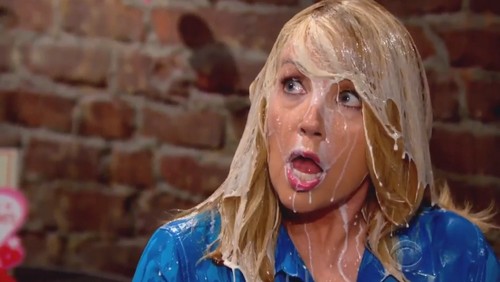 Later, Nikki (Melody Thomas Scott) will run into Sharon at the coffeehouse. She’ll encourage Sharon to open up, but she won’t have any luck. Instead, Sharon will threaten to kick Nikki out of the building.

When Nikki won’t give it a rest, Sharon will dump a pitcher of milk on her head and suggest that they can just go back to hating each other. Meanwhile, The Young and the Restless spoilers say Faith (Alyvia Alyn Lind) will also grow concerned about Sharon. She’ll come up with a plan to help her mom. 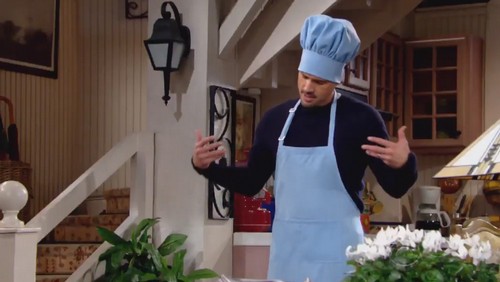 At the tack house, Nick (Joshua Morrow) will comment on the dimple that Connor (Gunner and Ryder Gadbois) and Christian (Jude and Ozzy McGuigen) share. He’ll notice the similarities in a picture, but Chelsea (Melissa Claire Egan) will quickly delete it. Talk will turn to Chelsea’s sorrow and Nick will propose a way to lift her spirits.

When Nick returns wearing an apron and a chef’s hat, he’ll state that cooking can be a great distraction. Chelsea will agree to stick around, but Faith will have other ideas. She’ll come in and ask Chelsea to postpone their dinner. Faith will feel like Sharon needs Nick right now. 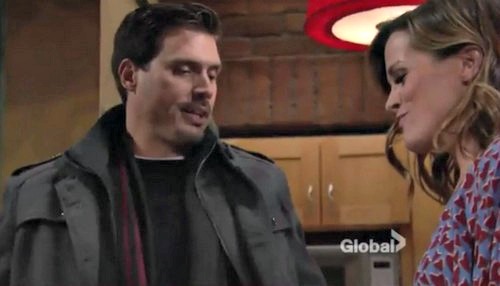 After Chelsea leaves, Nick will give Faith a lecture for being impolite to their guest. He’ll believe Sharon wants to be alone anyway. At Brash and Sassy, Victoria (Amelia Heinle) will dodge Billy’s (Jason Thompson) kiss before Reed (Tristan Lake Leabu) arrives. After bickering with Victoria about his punishment, Reed will stomp into the other room.

The Young and the Restless spoilers say Reed will call his dad and ask for some help. JT (Thad Luckinbill) will get in touch with Victoria moments later. When she hears that Reed contacted his father, Victoria will blow up. She’ll assure her son that JT is going to call him back about the credit card situation. 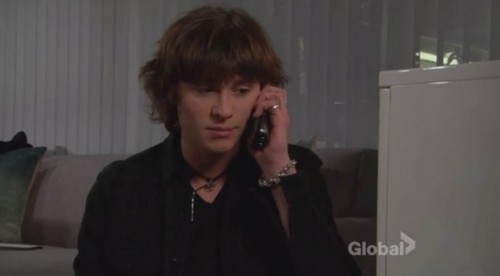 After Reed heads home, Billy will hint that maybe Victoria needs to lighten up a little. He’ll insist that Reed will appreciate her parenting efforts someday. Elsewhere, Y&R spoilers indicate that Abby (Melissa Ordway) will already be grateful. She’ll tell Victor (Eric Braeden) that she’s glad to have him as a dad and mentor.

Victor will be proud of Abby and how she’s carrying on the family legacy. It sounds like Victor has truly turned from his wicked ways, but that doesn’t mean the company will do well without him. Could a corporate crisis hit eventually? We’ll give you updates as more news comes in. Stay tuned to Y&R and don’t forget to check CDL often for the latest Young and the Restless spoilers, updates and news. Come and join in the LIVE discussion on our Facebook Page!