The Young and the Restless Spoilers: Tessa and Crystal Are Sisters – Zack Running Illegal Prostitution Ring 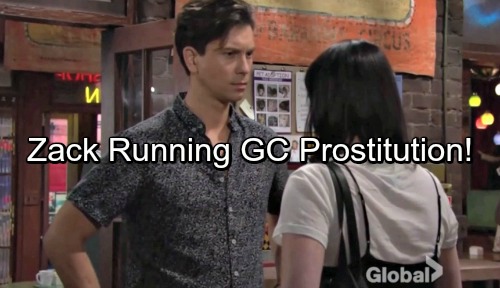 The Young and the Restless spoilers tease that Tessa’s (Cait Fairbanks) revelation about Crystal (Morgan Obenreder) being her sister also appeared to confirm that Zack (Ryan Ashton) is the head of Genoa City’s pay-for-play ring. The insidious organization recently pushed its way into Wisconsin and is seemingly linked to the startup app company Abby (Melissa Ordway) is backing.

Zack’s reaction after Tessa left Crimson Lights was telling. Either Y&R is throwing red herrings at the audience, or Ashton’s character is as bad as he appears to be. At this point in the intermingling storylines nothing else makes sense. 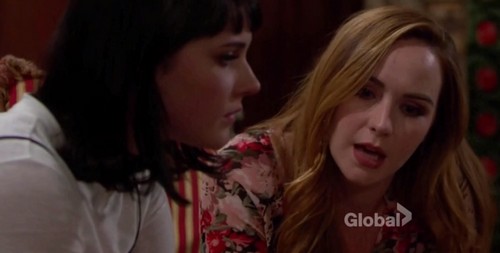 The so-called dating app that Zack successfully pitched to Abby appears to actually be the tech tool he’s using to link paying clients to young ladies like Crystal. If this working theory proves true, Newman Enterprises will be in legal jeopardy for funding the operation, even though it’s lead executive (Abby) is unaware of what’s happening.

Sharon’s (Sharon Case) link to this storyline has been particularly intriguing, as Y&R’s writing staff continues the process of rebuilding this much-maligned character. Longtime fans can often detect viewer’s longevity, as they’re often the ones who think Sharon is a terrible person. That less experienced segment of the audience never witnessed Case’s character in her heyday and therefore doesn’t know Sharon’s complete history. 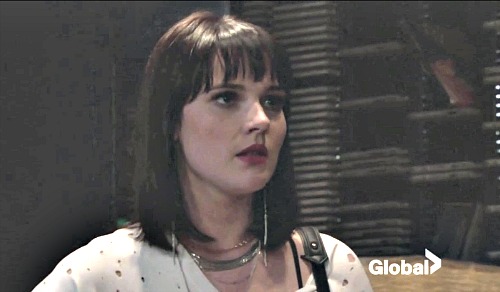 Savvy soap devotees noticed that Nikki (Melody Thomas Scott) oddly abandoned Tessa at the Ranch when she moved out. That didn’t match with the compassion Mrs. Newman had shown this poor soul since she took under her wing after finding her outside the coffee house.

Why would Nikki ask Tessa to move into the Ranch and then not set her up either in the penthouse apartment where she’s now staying, or in her own suite at the new building where Nikki has moved to? Proximity is a good one-word answer.

Tessa wouldn’t have been able to hide her emotions from Nikki. So Y&R has seemingly separated this pair temporarily. Viewers will be keenly watching for their rejoining. When that happens, Nikki will quickly realize that something is off. 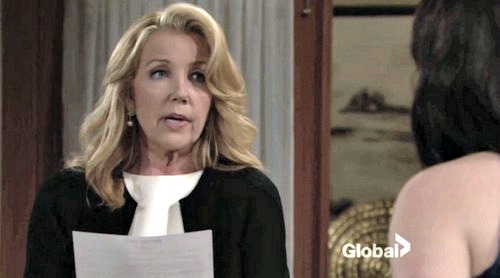 Hopefully Tessa then confides in Nikki, who would be a valuable resource in the search for Crystal. The Newman name, even considering Nikki’s estrangement from Victor, carries weight. That force, along with the Genoa City Police Department’s ongoing investigation and Christine’s (Lauralee Bell) efforts from the District Attorney’s Office should eventually prove fruitful in helping to stop Zack and the operation he’s heading, or is somehow connected to.

CDL is a leading source for everything linked to The Young and the Restless. Check back regularly for Y&R spoilers and news!   Sign up for our Free newsletter by clicking here and get the latest breaking soap news!