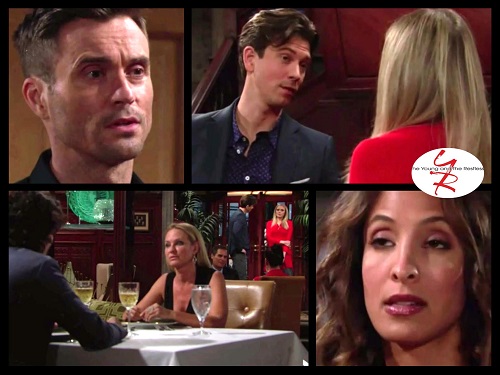 The Young and the Restless (Y&R) spoilers for Thursday, September 28, tease that Lily (Christel Khalil) will have a difficult conversation with Cane (Daniel Goddard). They’ll rehash everything that’s happened and how Juliet’s (Laur Allen) baby will change the situation. Lily just won’t see any way to overcome the obstacles.

Cane will contend that there must be another option, but Lily will simply tell him to leave. She’ll weep over the end of her marriage as Cane heads off to sulk. When Juliet runs into Cane later, she’ll offer her gratitude for Cane’s recent support. He’ll admit that things went south with Lily, so Juliet will leave him to reflect alone. 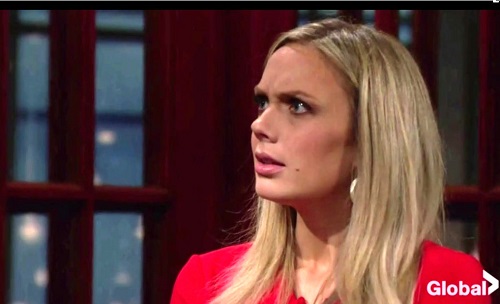 When Hilary sees Cane moping, she’ll approach him for updates. Y&R spoilers say Hilary will refuse to give up on their mutual goal. She’ll think Cane can win Lily back if he tries hard enough. Across town, Devon will offer Lily comfort. He’ll understand what it’s like to let go of someone you still care about.

Elsewhere, Zack (Ryan Ashton) will talk Abby (Melissa Ordway) into joining Sharon (Sharon Case) and Scott (Daniel Hall) for dinner. Abby won’t like spending extra time around Scott, but she’ll try to grin and bear it. Zack will fish for details about the sex trafficking expose, but Scott will immediately shut down the discussion.

At Alice’s (Tamara Clatterbuck) house, she’ll get a blanket tossed over her head when she opens her door. Tessa (Cait Fairbanks) and Mariah (Camryn Grimes) will carry out their kidnapping plot by shoving Alice in a car. They’ll take her back the ranch stables to grill her privately.

Mariah will decide to get some water for Alice while Tessa reveals who she is. She’ll explain that she’s Crystal’s (Morgan Obenreder) sister. Tessa will point out that Alice is going to give her the info she’s looking for or else she’ll have to call the police. 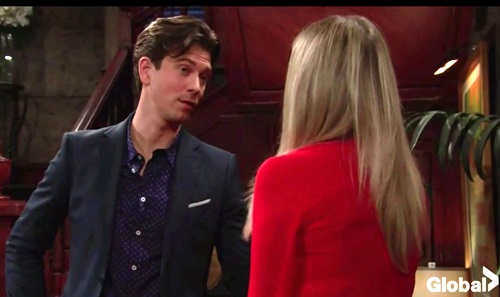 The Young and the Restless spoilers say Scott and Sharon will find Mariah leaving the house with water bottles. Sharon will notice that Mariah seems jittery. She’ll wonder what might be going on.

Mariah will make it back to the stables, but her appearance will give Alice the shock of her life. Alice will think Cassie’s (Camryn Grimes) ghost is standing right in front of her! She’ll shout Cassie’s name just before she loses consciousness. The Young and the Restless spoilers state that Mariah and Tessa will try to figure out their next move. They’ll do their best to handle the mess they created.

It sounds like Y&R has some fun scenes in store for us. We’ll keep you posted as other news comes in. Stay tuned to the CBS soap and don’t forget to check CDL often for the latest Young and the Restless spoilers, updates and news.