The Young and the Restless Spoilers: Tuesday Jan 31 – NOT Business As Usual – Teen Nightmare 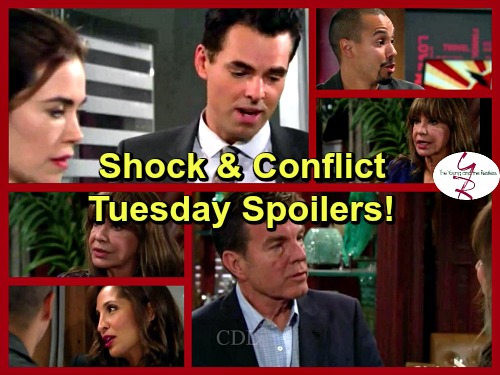 The Young and the Restless (Y&R) spoilers for Tuesday, January 31, tease that Lily (Christel Khalil) will give Devon (Bryton James) updates on some big changes. When Lily hints at what she’s about to spill, Devon will wonder if she’s brought him good news. Lily will suggest that it depends on how you look at it.

It sounds like Lily will tell Devon about her new modeling contract. Since she’ll be serving as the new face of Brash and Sassy, she’ll have to resign from her role at the athletic club. Devon might be a little bummed about losing a star employee, but he’ll understand that this is a great opportunity for Lily. 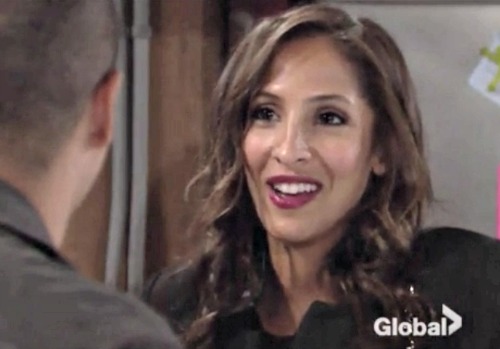 Meanwhile, Victoria (Amelia Heinle) and Billy (Jason Thompson) will have a discussion about Reed (Tristan Lake Leabu). Y&R fans know that Victoria caught her son making out with a girl in their home. She gave Reed a stern lecture as Zoey (Annalisa Cochrane) looked on.

Billy will ask how things are going between Victoria and Reed. She’ll admit that there’s still some tension. Billy will urge Victoria to give the kid a break. He still won’t think it was a huge deal. Victoria will insist that Reed is more than welcome to apologize. She’ll argue that making this right is up to Reed. 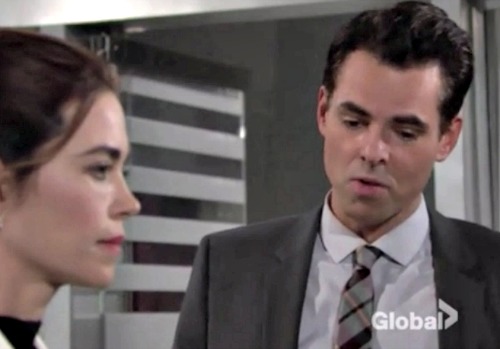 Billy will scoff at the idea of Victoria getting any type of apology. He’ll point out that Victoria embarrassed Reed in front of a girl. Billy will guarantee that Reed isn’t going to forgive Victoria anytime soon. The Young and the Restless spoilers suggest that Reed will continue to act out. He’ll start hanging around a rough crowd later this week.

Elsewhere, Jack (Peter Bergman) will be horrified by his drunken behavior. He’ll wake up in bed after a night of passion. Jack and Gloria (Judith Chapman) presumably hit the sheets after getting snockered. Once Jack gets past the shock, he’ll realize he’s running late for a meeting. 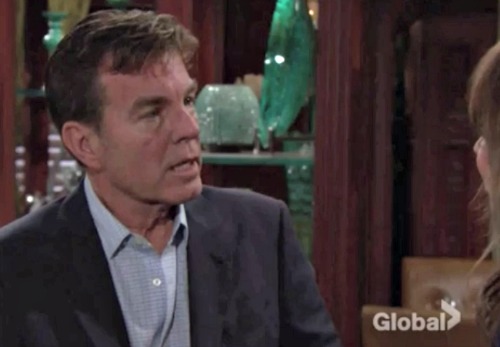 Jill (Jess Walton) will run into Jack a few minutes later. He’ll sport a messy look, including uncombed hair. Jack will inform Jill that he’s going to meet with Lauren (Tracey E. Bregman) so they can sign the contract. He’ll mention that he’s finalizing his stake in Fenmore’s.

Jill will have a strong reaction to Jack’s info. The Young and the Restless preview video shows Jill yelling, “What are you talking about?!” Jill certainly won’t be pleased by this deal. Stay tuned to Y&R and don’t forget to check CDL often for the latest Young and the Restless spoilers, updates and news. Come and join in the LIVE discussion on our Facebook Page!