The Young and the Restless Spoilers: Tuesday, July 18 – Kevin and Chloe Make a Deal with Victor – Victoria’s Health Threat

BY Heather Hughes on July 18, 2017 | Comments: one comment
Related : Soap Opera, Spoiler, Television, The Young and the Restless 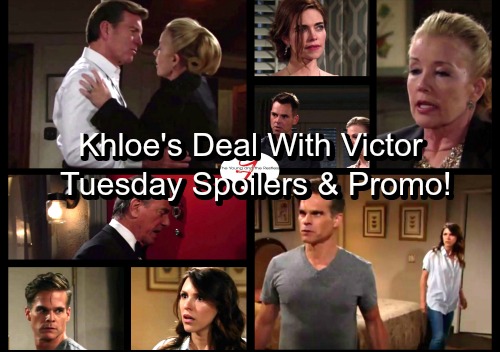 The Young and the Restless (Y&R) spoilers for Tuesday, July 18, tease that Victor (Eric Braeden) will realize something strange is going on with Dr. Harris (Ron Melendez). He’ll notice that the doc keeps referring to Chloe (Elizabeth Hendrickson) as Maggie. Victor will wash his hands of Dr. Harris and insist that he’s cutting off all contact.

Later, Victor will arrive to confront Kevin (Greg Rikaart) and Chloe. He’ll reveal that he tracked them down through credit card activity. The Young and the Restless spoilers say an intense confrontation will ensue. Kevin will eventually convince Victor that they can disappear and no one will ever have to know he was involved. Victor will agree to let them live in peace as long as they keep their promise. 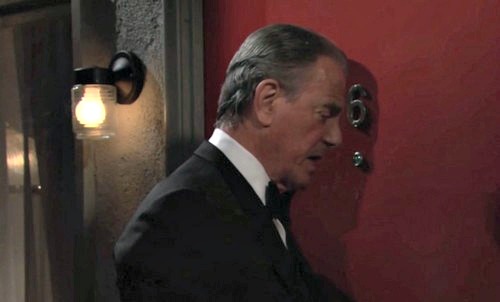 Meanwhile, Nikki (Melody Thomas Scott) will pull away from her steamy lip lock with Jack (Peter Bergman). She’ll insist should shouldn’t have done that. They’ll reflect on when they were married before talking about Nick’s (Joshua Morrow) concert sabotage. Afterward, Jack will open up about his Dina (Marla Adams) issues as they sit under a blanket together. These two are getting awfully cozy!

At home, Victoria (Amelia Heinle) will tell Billy (Jason Thompson) that she’s OK with Phyllis (Gina Tognoni) spending time with the kids. She’ll battle a headache as she tries to get rid of her ex. When Nick drops by, Victoria will seem off balance. She’ll nearly take a tumble, but she’ll suggest that she’s just stressed out. 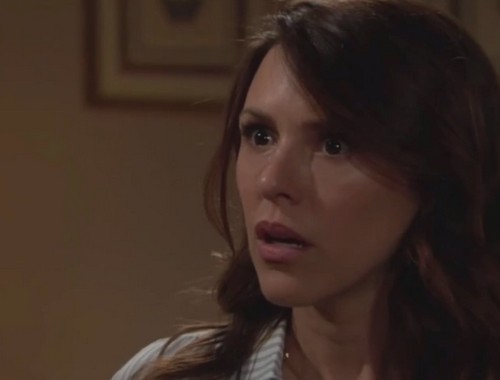 Since Victoria hit her head during a fight with Abby (Melissa Ordway), something could be seriously wrong. Let’s hope she gets herself checked out ASAP! Elsewhere, Lily (Christel Khalil) and Cane (Daniel Goddard) will try to get through to their children. They’ll push Charlie (Noah Alexander Gerry) and Mattie (Lexie Stevenson) to accept that good people sometimes make mistakes.

The twins will remain hesitant to forgive Cane. Once Reed (Tristan Lake Leabu) and Mattie meet up, they’ll vent about both of their families. It’s clear that there’s plenty of teen drama going on in Genoa City. 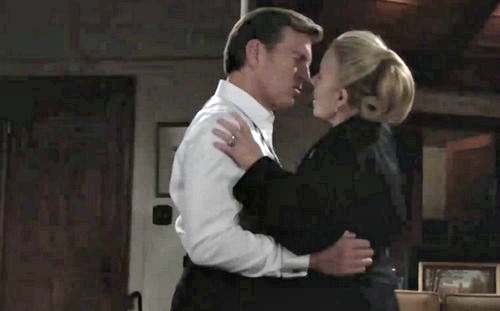 At the athletic club, Cane will have a heated run-in with Juliet (Laur Allen). Billy and Phyllis will join the confrontation a few moments later. Y&R spoilers say some strong emotions will take the conflict up a notch. Once Cane returns home, he’ll have something important to ask Lily. Since their lives are falling apart, Cane will want to know if Lily is still committed to him. Does she still want to be his wife?