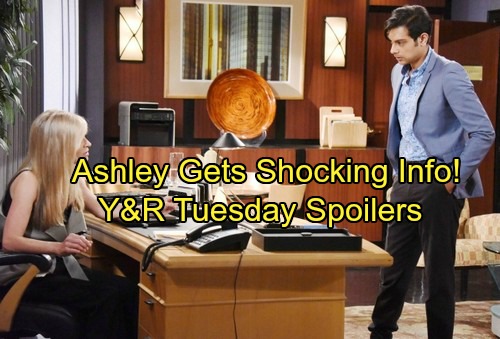 The Young and the Restless (Y&R) spoilers for Tuesday, September 12, tease that Phyllis (Gina Tognoni) will be determined to win her latest battle. She’ll plan to prove that she can create a happy life with Billy (Jason Thompson). Phyllis will tell Hilary (Mishael Morgan) about her mission and note that Victoria (Amelia Heinle) isn’t going to stand in her way.

Afterward, Phyllis will be perplexed by Brash and Sassy’s new numbers at Fenmore’s. She’ll argue that Victoria must have done something to make B&S look more successful. Meanwhile, Billy and Victoria will prepare Johnny (Holden and Ryan Hare) for school. When the kid seems nervous, they’ll do their best to calm him down as a team.

Later, Billy and Victoria will discuss business at Brash and Sassy. They’ll think they make a fantastic team there as well. Back at home, Reed (Tristan Lake Leabu) will call Mattie (Lexie Stevenson) over for some alone time. She’ll mention that Hilary is now in the loop on their secret, but Reed will shift gears. He’ll be more interested in a make-out session than anything else. 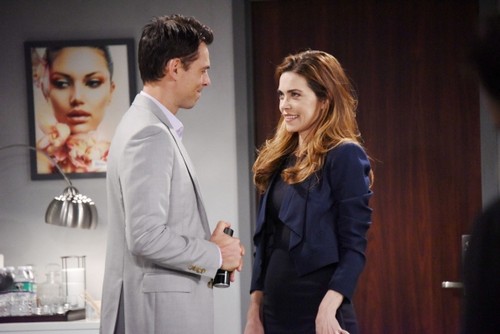 Other Young and the Restless spoilers say Cane (Daniel Goddard) will have a tense conversation with Neil (Kristoff St. John). He’ll insist that he can repair the damage to his marriage and his family, but Neil won’t be so sure. Juliet’s (Laur Allen) baby will only make things more complicated.

Hilary will corner Cane after Neil struts off. She’ll think Cane needs to focus on getting Lily (Christel Khalil) back ASAP. Suddenly, a call will come in on Cane’s phone. He’ll be alarmed when he learns Mattie cut class.

At Jabot, Ashley (Eileen Davidson) and Ravi (Abhi Sinha) will look at a file they acquired from Neil. It’ll have all Graham’s (Max Shippee) info from his time at Mergeron. Ashley will be confused about how Graham worked his way up to an executive position with no experience. He was just an actor before that. 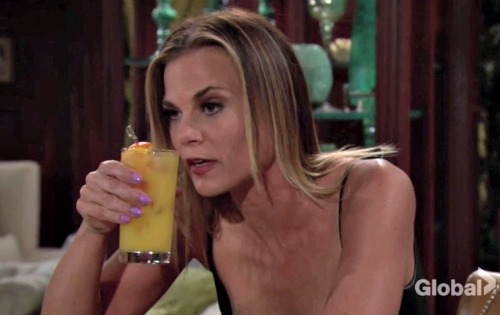 Ashley will feel like Graham must’ve been stalking Dina (Marla Adams) to manipulate her. In Dina’s suite, she’ll face questions from Jack (Peter Bergman). After he warns Dina about sharing inside info, Jack will push for the scoop on Graham. He’ll want to know why this guy deserves Dina’s loyalty.

Y&R spoilers state that Dina will decide to make a confession. She’ll note that Graham gave her updates on a company leak. Dina will believe she owes Graham for helping her prevent the spread of company secrets. She’ll add that Graham has a troubled past and no longer has any family members.