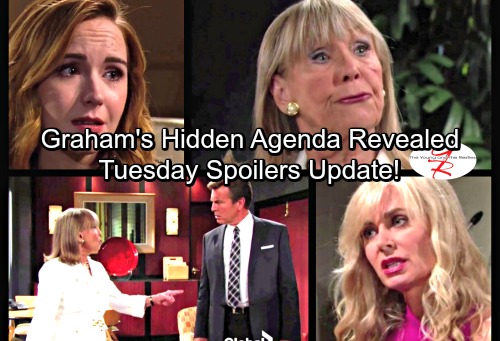 The Young and the Restless (Y&R) spoilers update for Tuesday, September 26, tease that Jack (Peter Bergman) will have a heated confrontation with Dina (Marla Adams). He’ll be upset about the pictures that were sent to Victor (Eric Braeden), but she’ll be more concerned about his relationship. Dina will insult Nikki (Melody Thomas Scott) and indicate that a fierce battle is brewing.

After Jack gets rid of Dina, he’ll get the latest news from Ravi (Abhi Sinha). Jack and Ashley (Eileen Davidson) will find out Dina’s password was used on Phyllis’ (Gina Tognoni) laptop. Y&R spoilers say Ashley will blow her top and call for immediate action. She’ll want Phyllis out of the building ASAP.

When Dina bumps into Victor later, they’ll discuss the cabin photos. Victor will promise that he won’t make this personal. It sounds like he’ll focus on going after Jabot instead of Jack himself. Of course, taking down Jack’s company could still spark a war. Dina is probably right about the trouble that’s being stirred up. 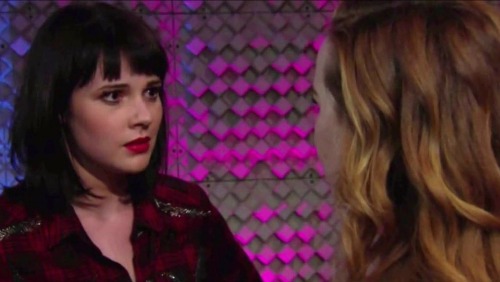 At Brash and Sassy, Victor will get updates on Jabot’s classic collection plans. He’ll suggest that he has some products he’d be willing to give up for Victoria’s (Amelia Heinle) sake. Victor will explain that he has the rights to groundbreaking developments in skincare.

The Young and the Restless spoilers say Victoria will decide to go for it. Billy (Jason Thompson) won’t have a good feeling about this deal, but Victoria will dismiss his reservations. In Dina’s suite, Graham (Max Shippee) will seek information about Ashley’s biological father. Dina will think it’s best if she doesn’t reveal anything more.

Once Dina exits, Graham will stare at a picture of a little boy. It’s clear that Graham has a hidden agenda in Genoa City. A revenge plot is on the way and the aftermath should be brutal for the Abbott clan. 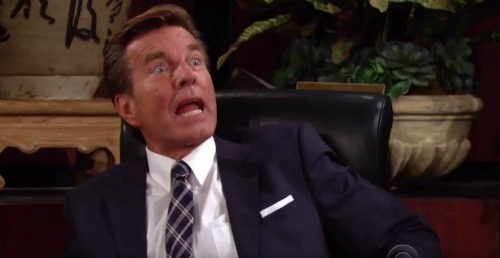 At Crimson Lights, Mariah (Camryn Grimes) will be stunned when she spots Kevin (Greg Rikaart). He’ll admit he’s in town to take care of some business. Afterward, they’ll have a deep discussion at the Chancellor mansion. Mariah will confess that although Devon (Bryton James) is great, she’s has feelings for a woman.

The Young and the Restless spoilers say Mariah will add that they kissed once. She’ll contend that she’s never felt like this before, but everything’s messy because Tessa’s (Cait Fairbanks) dating Noah (Robert Adamson). Kevin will still think Mariah should share how she feels, so she’ll choose to take his advice.

At the recording studio, Mariah will catch Tessa as she’s wrapping up her session. She’ll state that she owes Tessa the truth. At the ranch, Victor will ask Kevin for another favor. Kevin will need to get his hands on all the info from Nikki’s cell and email address.

It looks like Victor has plenty of schemes in store. We’ll keep you posted as other Y&R details emerge. Stay tuned to the CBS soap and don’t forget to check CDL often for the latest Young and the Restless spoilers, updates and news.