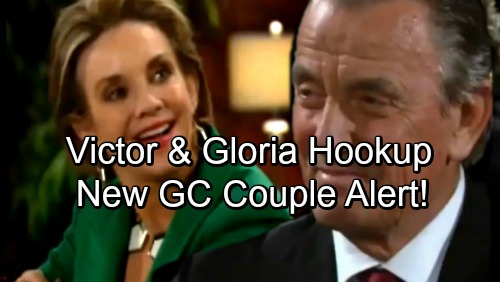 The Young and the Restless spoilers tease that Victor (Eric Braeden) and Gloria (Judith Chapman) will form the most unlikely romantic bond. Will their projected relationship actually be real, or just a play to the crowd? Yes, that question will rock Genoa City.

Victor and Gloria bring their own reasons to this unexpected pairing. He’ll use Gloria as a moll at Jabot and as a surprising target to be aimed at Nick (Joshua Morrow). Chapman’s character wants to stick it to Jack for dumping her and will also see the opportunity to upgrade her bank account. 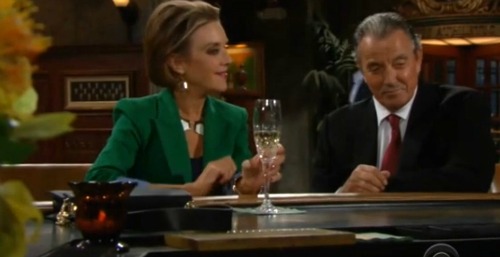 Jack (Peter Bergman) used Gloria for business and personal purposes. Then he discarded her like a newly obtained smartphone with a broken screen. Ah, that supposedly great gorilla glass!

Needy Nikki (Melody Thomas Scott) became Jack’s new muse. She’s the better option all around, in Jack’s mind. Though she’ll return to Victor at some point, whereas Gloria would marry Jack if she could.

Everyone was staggered by Jack’s improbable choice of romantic partners. Then, he gave Gloria a job at Jabot as a form of quid pro quo. That opened his family company to blackmail, or non-Billy (Jason Thompson) backed espionage.

As everyone on either side of the screen knows by now, Victor and Nikki are on the outs again. Viewers are waiting for Guinness to confirm if a new world record was been set, as Niktor has seemingly been together and then split more than any other couple in known soap opera history. That last sentence was intentionally dramatic, but wasn’t nearly as supercharged as any one of that self-involved couple’s tiffs. 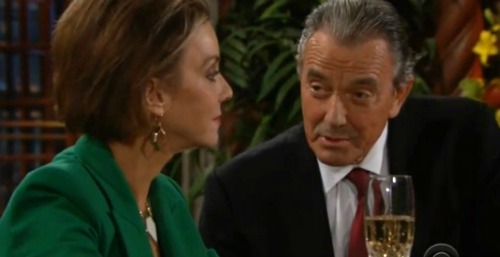 Gloria had glammed onto Graham (Max Shippee), who might become rich if Dina (Marla Adams) kicks off. But she knows that her better bet is Victor, who’s loaded and available. That’s exactly the calculation observers will be making when they see Victor and Gloria together.

Easily ranking with the best character actors in Y&R’s recent history, Chapman brightens any scene she’s in. Possessing spot on timing and a deep range that makes the brash character she plays immensely likeable, which is laudable.

Pairing Genoa City’s lead male character and its reigning anti-hero with Gloria the con artist is delightful, delicious and inspired. As readers can see, this scribe enjoys both personalities and the actors who play them. He, along with other light-hearted fans rightly sees soap as a way to escape reality if just an hour, less commercials.