The Young and the Restless Spoilers: Victor Pounds Nikki and Nick Into the Ground – The Moustache Cuts Off Wife and Son 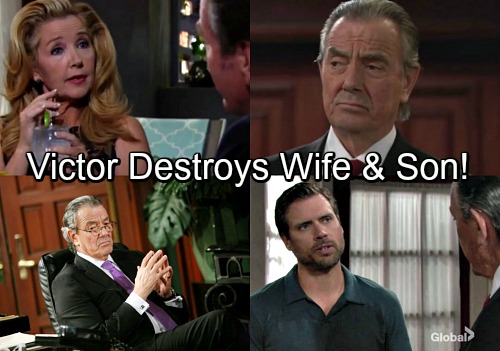 The Young and the Restless spoilers tease that Victor (Eric Braeden) is serious about cutting his wife and son out of his life. Nikki (Melody Thomas Scott) is currently being trailed by one of the Black Knight’s minions in apparent preparation for a divorce fight. Meanwhile, Nick (Joshua Morrow) unknowingly lost two property bids and had his credit privilege pulled at the Genoa City Athletic Club. Yes, there are real consequences for messing with the Moustache.

Nikki meant what she said a few months ago. She, Nick and Victoria (Amelia Heinle) were going to pretend to be the all-American family in public. But behind the scenes they planned to freeze Victor out and have done that.

Victor was initially kicked to the guest house, where he brooded for awhile. During that time he attempted another grand gesture. Naming a new wing of the hospital after Nikki, which is specifically focused on her cause celeb health issue of the moment and orchestrating the linked charity piano recital.

While Mrs. Newman came to embrace the challenge and offered Victor warm thanks when it was all over, nothing had changed in her mind where he was concerned. Then, after the fight with Nicholas happened and also went public, Nikki decided that she was done and has moved to a hotel.

Vickie was mentioned earlier. However, she might be safe from her father’s wrath. She’s always been her dad’s favored offspring and hasn’t been nearly as vicious as her mother and brother. Combine that point with Vickie’s emerging health issue and Victor seems likely to lay off his first-born daughter indefinitely.

If Nick took a long look at himself he might realize that Vickie isn’t actually the chosen one. Instead, she’s offered her dad compassion when called for and even in instances when it wasn’t. 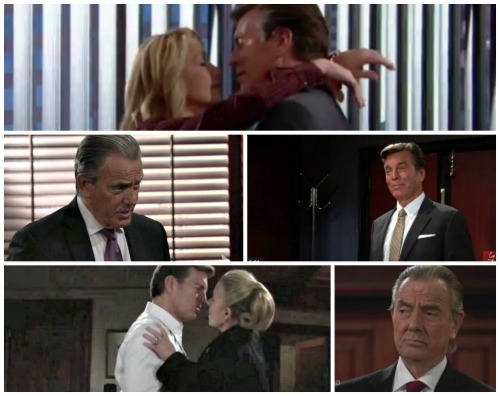 Surely it’s also true that Victor has been harder on Nick than on Victoria. Nick’s a guy and therefore a perceived closer version of himself. But his first-born son shares his mother’s name and penchant for nasty verbal abuse. Victor sees Nick as more like his mother than himself.

All longtime Y&R fans and every Genoa City resident knows who Victor is. He’s not a nice guy. However, savvy viewers and balanced members of this Wisconsin town must also admit that Victor has given his wife and children everything. Another reasoned admission would acknowledge that Nikki and Nick have provoked the rain that is now falling on them.

CDL is a leading source for everything linked to The Young and the Restless. Check back regularly for Y&R spoilers and news! Sign up for our newsletter by clicking here and get the latest breaking soap news!