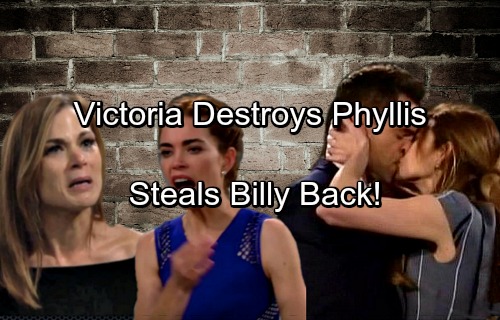 The Young and the Restless (Y&R) spoilers tease that this week’s new Y&R episodes will bring an intense showdown for Phyllis (Gina Tognoni) and Victoria (Amelia Heinle). There’s always some tension bubbling under the surface for these two. Billy (Jason Thompson) will be caught between his past and his present as this storyline heats up.

More trouble will hit when Victoria finds out what Phyllis has been up to. She’ll realize that Phyllis pushed Ben Hochman (Ben Hermes) to make a move. The Young and the Restless spoilers say Victoria will blast Phyllis for leading that sleazy guy into her life. She’ll think Phyllis’ behavior was despicable and she’ll argue that Billy would agree. 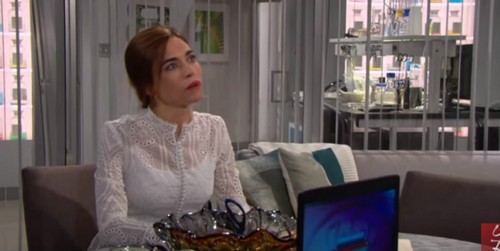 Y&R spoilers state that Phyllis and Victoria’s feud will erupt. They’ll hurl insults and accusations during this harsh confrontation. However, Victoria may keep quiet about Phyllis’ sneakiness for now. Perhaps she’s saving that info for when she really needs it. After all, it could be fun for Victoria to hold this over Phyllis’ head for a while.

Plus, Phyllis still has some influence in this situation. Since Jack (Peter Bergman) is out to get Brash and Sassy, Victoria may be concerned about what Phyllis will do next. The Young and the Restless spoilers say Victoria will give Phyllis a stern warning. She’ll make it clear that she’s not to be messed with. 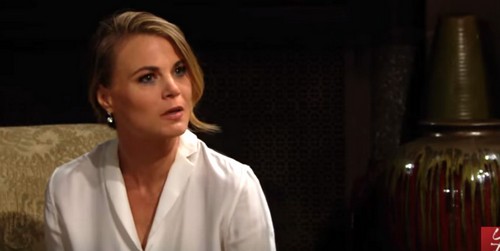 Victoria will bring up warm memories and set the mood for romance. When she leans in for a kiss, Billy won’t be able to resist. It seems he’s still battling some old desires. Once their lengthy lip lock is over, Billy will probably suggest it was a mistake. He loves Phyllis and doesn’t want to hurt her. 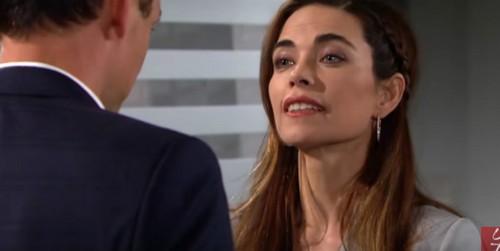 Nevertheless, some pain is indeed brewing for “Philly.” It looks like they’ll face sorrow on both sides. Phyllis will inevitably find out about that “Villy” kiss and it’s sure to sting. She’ll also come clean about scheming with Jack (Peter Bergman) down the road. You can bet that won’t go over well with Billy.

Is a breakup looming for Billy and Phyllis or is this just an obstacle to overcome? We’ll give you updates as other Y&R news comes in. Stay tuned to the CBS soap and don’t forget to check CDL often for the latest Young and the Restless spoilers, updates and news.