The Young and the Restless Spoilers: Victor’s Secret in Jeopardy After Chloe’s Escape – Suspicions Set Up Serious Shockers

BY Heather Hughes on July 5, 2017 | Comments: one comment
Related : Soap Opera, Spoiler, Television, The Young and the Restless 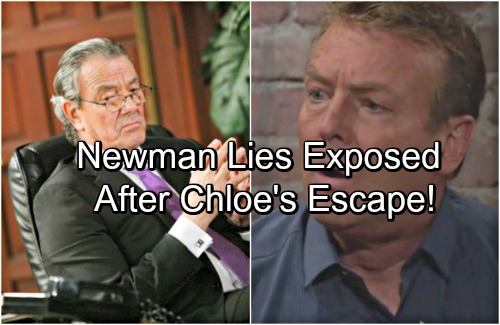 The Young and the Restless (Y&R) spoilers tease that starting on this Friday’s new Y&R episode, July 7, and continuing next week, July 10-14, fans will see some major Newman drama play out. Nikki (Melody Thomas Scott) will return to Genoa City. The stress nearly pushed Nikki to her breaking point. She desperately needed to check out of the situation and spend some time on her own. Unfortunately, Nikki will find herself stuck in the middle of more drama soon.

Once Nikki comes home, Nick (Joshua Morrow) will confront her about her decision to take off. He’ll insist that he’s worried about the pressure this concert is putting on her. Nick argue that Nikki should cancel the event and move on. He won’t think Nikki owes this to Victor (Eric Braeden) or anyone else. 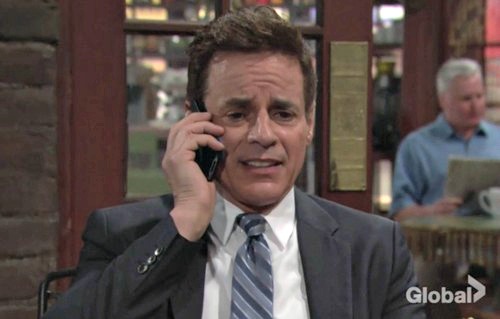 Nikki will probably contend that she doesn’t want to let down the people who have purchased tickets. This concert is for a good cause and Nikki wants to be an inspiration to those suffering from MS. Of course, part of this is a pride issue. Nikki wants Victor to think she’s got everything under control.

Plus, Nikki might suggest that she’d be humiliated if she backed out now. Whatever the case, the concert will likely proceed as planned. The Young and the Restless spoilers indicate that things will continue to be strained within the Newman family. Nick, Nikki and Victoria (Amelia Heinle) are all trying to keep Victor’s involvement with Chloe (Elizabeth Hendrickson) under wraps. 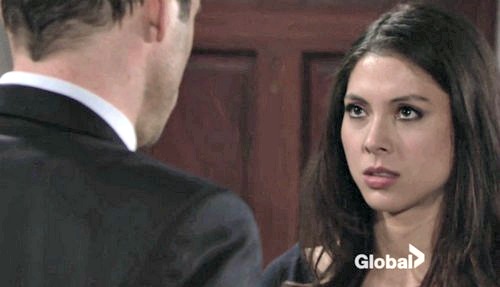 However, their charade is becoming more difficult to maintain. Victoria has been dealing with chaos at Brash and Sassy. As her temper flares, Victoria could easily blurt out something she shouldn’t. It looks like Sharon (Sharon Case) and Chelsea (Melissa Claire Egan) will also start a project that could put them one step closer to the truth.

Kevin (Greg Rikaart) and Chloe’s situation could put the secret in jeopardy as well. Y&R spoilers say Paul (Doug Davidson) and Michael (Christian LeBlanc) are going to have questions once they track Kevin down. He may have a hard time hiding Chloe’s survival. 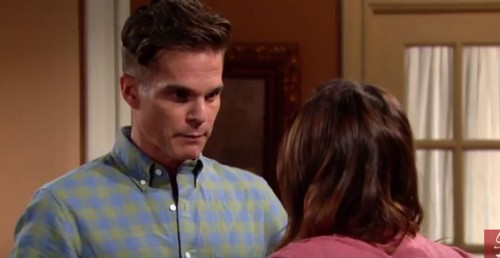 Victor will blow his top when he finds out Chloe contacted Kevin and blew his plot. He should suspect something’s up soon enough. When Victor can’t get in touch with Dr. Harris (Ron Melendez), it should raise some red flags.