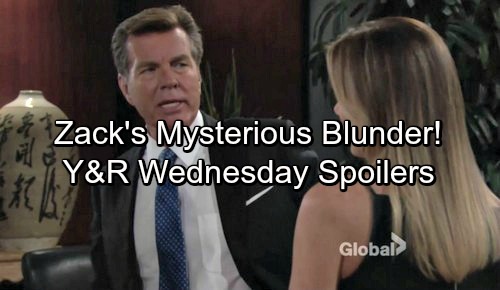 The Young and the Restless (Y&R) spoilers for Wednesday, September 13, tease that Jack (Peter Bergman) will mention his suspicions to Phyllis (Gina Tognoni). He’ll feel like Billy (Jason Thompson) is to blame for the manipulated sales numbers at Brash and Sassy. Jack will add that they need to learn a few secrets. If they knew Billy and Victoria’s (Amelia Heinle) strategy, it would really help.

Phyllis will head off to see what she can find out from her beau. She’ll bring up the idea of a potential spy, but Billy will dismiss it. He’ll wonder where Phyllis’ loyalty lies. At Crimson Lights, Abby (Melissa Ordway) will happen to hear part of Zack’s (Ryan Ashton) strange phone conversation. She’ll ask him about it, but he’ll brush off her concerns. 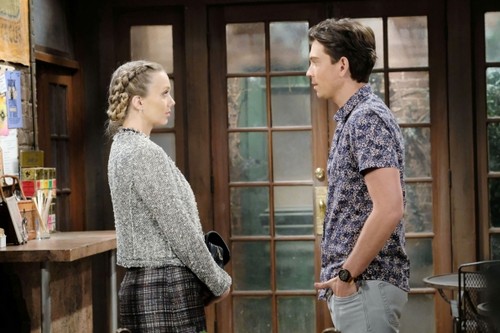 Abby and Zack will approach Jack with an advertising pitch, but he won’t be interested. They’ll move on to Victoria, but Zack’s comment about Jack will throw off the presentation. Victoria will imply that she doesn’t like accepting Jack’s rejects. Abby will insist that this is a great opportunity, so Victoria will finally cave.

Later, Abby will ask Zack about his blatant gaffe. She’ll feel like it was weird for Zack to make such a careless mistake. Zack will contend that he didn’t slip up intentionally, but there seems to be more to the story. Meanwhile, Hilary (Mishael Morgan) will reach out to Mattie (Lexie Stevenson). She’ll warn the teen that Cane (Daniel Goddard) is fuming over her absence from school. 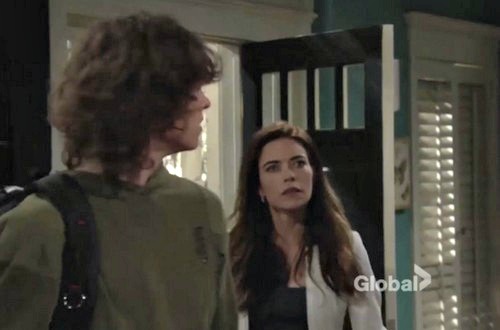 Mattie will call Cane in an attempt to fix this. She’ll lie about a flat tire, but Cane will see right through it. After he shows up at Victoria’s house, Cane will lash out at Reed (Tristan Lake Leabu). He’ll blame the bad boy for leading his good girl astray. Victoria will finally walk in and put a stop to the lecture.

Once the Cane and Victoria are alone, they’ll face off over the teens’ behavior. As the argument intensifies, Y&R spoilers say Victoria will have one of her typical episodes. She’ll be a bit disoriented as she battles a headache. Victoria will toss Cane out as she deals with her persistent symptoms. 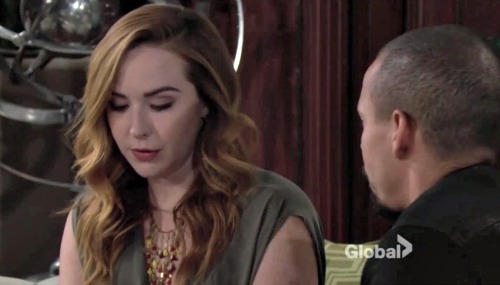 At the athletic club, Devon will offer another apology for blowing Mariah off to chat with Hilary (Mishael Morgan). She’ll think they’re facing deeper issues. Mariah will believe Hilary is a bigger problem that Devon wants to admit. She’ll even suggest that their perfect significant others could be out there waiting for them.

Devon will promise Mariah that he truly wants her in his life. They’ll decide to give their relationship another shot, but Mariah’s heart won’t seem to be in it. What will be the last straw for this couple? We’ll give you updates as other Young and the Restless news comes in. Stick with Y&R and don’t forget to check CDL often for the latest Young and the Restless spoilers, updates and news.