The Young and the Restless Spoilers: Week of July 17 – Victor Punches Nick, Captures Chloe and Kevin – Jack and Nikki Kiss 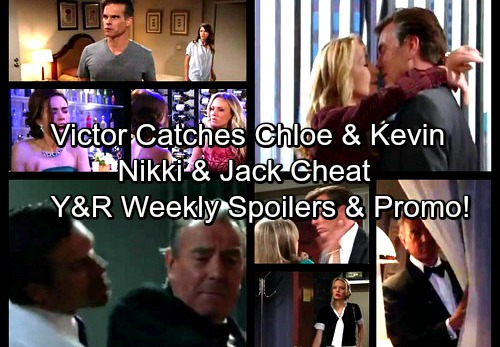 The Young and the Restless (Y&R) spoilers for the week of July 17-21 tease that some shocking showdowns are on the way. First, Nick (Joshua Morrow) and Victor (Eric Braeden) will let out all their rage. Their parking garage encounter will lead to some bold moves. When Nick’s comments cross the line, Victor will decide he’s had enough.

Y&R’s weekly promo shows Victor declaring that Nick is no longer his son. He’ll punch Nick in the face as Hilary (Mishael Morgan) captures their altercation on film. This scandal should make some waves if Hilary chooses to put it on the air. Regardless, you can bet that Hilary will capitalize on this stroke of luck. 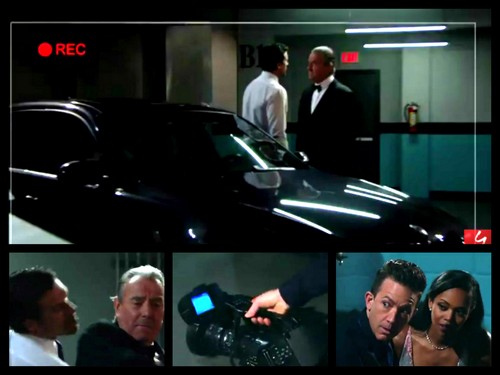 Meanwhile, Abby (Melissa Ordway) and Victoria’s (Amelia Heinle) faceoff will also get out of hand. No punches will fly, but beverages will be thrown. The Young and the Restless spoilers say Abby will grab a drink and hurl it in Victoria’s face. It’s clear that things aren’t going well for the Newman clan right now.

Victor will have even more issues to deal with this week. When Nikki (Melody Thomas Scott) leaves for a cabin getaway with Jack (Peter Bergman), Victor is sure to be livid. The preview video shows Jack and Nikki close to kissing at the office. Is this a hot fantasy? Maybe Victor will imagine what these two have been doing behind his back. If not, perhaps the moment isn’t as sexy as it seems.

Jack and Nikki will intend to keep their trip friendly, but will they be able to stick to that plan? Whatever the case, Victor will have bigger problems soon. Dr. Harris (Ron Melendez) will call with the news that Chloe (Elizabeth Hendrickson) escaped with Kevin (Greg Rikaart). Victor will vow to find them and he’ll pull it off a little later. 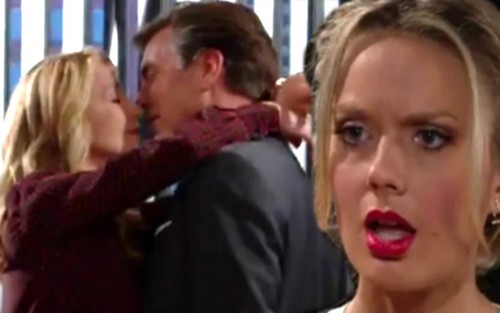 The Young and the Restless spoilers say Kevin and Chloe will panic when someone knocks on the door of their hotel room. After Kevin asks who it is, Victor will suggest that it’s their worst nightmare. The Moustache will give them an earful for their plot, but he might be willing to let them go. After all, Chloe could stir up plenty of legal drama for Victor if he turns them in.

Other Y&R spoilers hint that Jack will infuriate Dina (Marla Adams). She’ll dish out a hard slap when Jack takes his accusations too far. We’ll give you updates as other details emerge. Stay tuned to the CBS soap and don’t forget to check CDL often for the latest Young and the Restless spoilers, updates and news.

No one is safe from the drama next week on #YR! pic.twitter.com/fk3EslGfYT