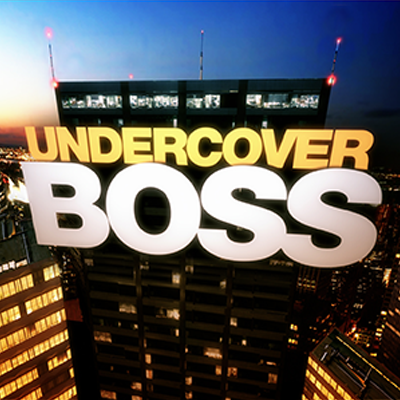 Renee Maloney, the co-founder and CFO of Painting with a Twist, is this week’s undercover boss. She has created the leading franchise in the industry along with her partner Cathy. They met when they were both room mothers for their children. They started raising money for the school. After Hurricane Katrina came they didn’t know what they would do. But they forged ahead and now have roughly 300 locations.

Renee wants to go undercover to see how her business is from the inside. She wants to know what is happening out there. She goes through a transformation and names herself Savannah.

Savannah heads to the San Antonio, Texas location. She is terrified because she is a numbers cruncher and failed art in school. Now she is expected to wear a microphone and show the class how to paint. When it is her turn to instruct he begins telling jokes. The room goes quite. The class is giggling at her while she sweats profusely. Crickets. Her trainer, Macy, tells her to just have fun and be comfortable. Savannah really likes Macy’s energy.

After class Macy tells Savannah how she is trying to get her associates degree. She wants her bachelors but she can’t afford it. Her dad left her and her mom so money is tight.

Savannah heads to Rockwell, Texas, a location she has never visited. She meets Bree, the manager in training. She introduces Savannah to the bunch of VIPs who comes into the studio repeatedly. Bree knows them all by name. Bree is responsible for creating original art pieces that they can teach a class and that will sell a lot of seats. She points out a lot of things that Savannah wants to look into. Bree wants Savannah to create her own original piece that she can teach a class.

Savannah is the money side of the business not the art side. Trying to create is hard for her. She begins stressing out. Bree is very encouraging towards Savannah. Bree tells her that she does charity work, helping feed the hungry. It touches Savannah and really hits home when Bree explains that she had a rough couple of years in her life when she had trouble making money to feed her kids.

Savannah heads to Hammond, Louisiana to meet the supplier who sells the easils, paint brushes and more to her company. She meets Calvin, the warehouse supervisor. She has to go through hundreds of boxes of canvas and check them for warping, dirt and more. Its tedious and boring. Savannah sees how daunting the quality control job is.

She asks Calvin about his life. He’s not married, but has girlfriend and a daughter. On the side he has a vending machine business. He has a route. She decides to tell Calvin who she really is. She wants to make him feel special. She loves that he is such a great dad. She gives him $5k towards his business and $10k towards his daughter’s schooling. Calvin is in shock. He feels like he is going to cry. It’s all a dream.

Savannah heads to Pennsylvania to meet a franchisee. She meets Steve, a co-owner of the business. He teaches her how to greet customers. He tells her to smile and make them feel at home.  He wants her to be excited and friendly. Steve tells her that they need to walk around, encourage the customers, help them have fun. Shake their groove thing!

He later shows Savannah how to clean brushes, to save money. He talks about how hard it was to open his franchises. How his marriage struggled. How he had to take classes and pay for them himself because the company didn’t give him enough training.

Savannah is ready to reveal her true identity. She meets with Steve, Bree and Macy. All three of them are in shock and didn’t expect this. She applauds Macy for her attitude and her hard work. She tells her she is inspirational and wise beyond her years. She is sad that Macy is so burdened. She gives Macy $25k to pay off her school debt, $25k to finish school, $10k to see her mom out of state and $10k to pay her rent. Macy is beyond happy and overcome with emotion.

Renee meets with Steve and commends him for teaching himself how to market the business. She gives him $10k for learning on his own. She also wants to help him with his family. She gives his whole family a whole Disney cruise and someone to cover his store while he is away.

Renee meets with Bree next. She tells her she is a rock star at what she does. Bree’s 18 paintings made the company $250k. Renee knows how hard it is to juggle family so she gives Bree $20k. She also will collect the royalty dollars from Bree’s pieces and donate them towards her non-profit. She also gives her a franchise, her very own. Renee has shot her to the moon! Her family’s life has changed forever.