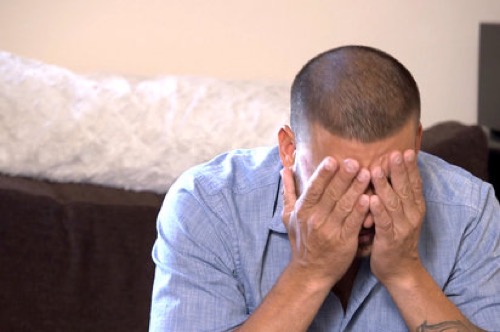 Tonight on Bravo Vanderpump Rules returns with an all new Monday, December 18, 2017, season 6 episode 3 called, “Back In The Saddle” and we have your weekly Vanderpump Rules recap below. On tonight’s Vanderpump Rules season 6 episode 3, as per the Bravo TV synopsis, “Brittany’s girlfriends put aside their differences and throw a Kentucky-themed party to help cure her heartache, but the group learns Jax’s indiscretion may not have been a one-time thing. When Ariana gets thrown off of her horse during practice, she must learn how to get back in the saddle.”

Brittany didn’t know what she wanted. She sometimes missed Jax because she believed their relationship was heading to somewhere serious and at the other at time she remembered what he did. Jax cheated on her and the only one that could truly understand what that was like was Stassi. Stassi and Brittany have become really good friends and so Brittany had brought Stassi to the Spa Day she had set up for her anniversary with Jax.

Jax and Brittany should have been celebrating two years together when this whole cheating thing blew up in their faces. It had made Brittany doubt Jax and Jax failing to grasp what he did meant he hadn’t actually matured since dating Stassi. But Stassi had talked to Brittany about Jax and she told her that she understood. She knows what its like to be dating Jax. He sweeps women off their feet and everything is fine at first until one or both start hearing rumors that neither of them could run from.

It had been because of those rumors that Jax had had to come clean with Stassi and if Brittany hadn’t heard anything about his relationship with a friend of theirs then Jax would never have told her, but the truth is out now and Stassi had wanted to be there for Brittany. Brittany had sort of backslide some by sleeping with Jax again and she had also beat herself up about that one. Except Stassi hadn’t wanted to hold that over her and so she decided to have a girls’ night for Brittany to get Brittany’s mind off of Jax.

The girls’ night was going to be at Stassi’s place and everyone was invited. Even the people that had a problem with her helping Lisa plan a party because they didn’t think Stassi had the know how to plan a party much less be the boss of them. However, Stassi knew she wasn’t there to boss around anyone and had decided to let what Scheana said go. The two didn’t like each other and Stassi was fine with that staying the same as long as it didn’t interfere with what she had planned for Brittany. Brittany needed to unwind and so she had to find her own thing like Ariana.

Ariana used to ride horses all the time. She had once ridden horses competitively and was trying break back into it because she found it very comforting. So Ariana had told Brittany that getting back in the saddle had been helping her deal with everything else in her life. She hadn’t mentioned Tom just Tom and Ariana haven’t been on the same page lately. Tom told his friends it because they haven’t been having as much sex as they used and he missed their intimacy. He admitted to his friends that he had downloaded an audiobook on it at three in the morning to find out how to get that intimacy back.

Yet, neither Jax nor James had had much sympathy for Tom. They had thought his situation laughable and James had merely started to hope to himself that he was never in a position like Jax or Tom. He was in a stable relationship with Raquel and had gotten Raquel a volunteer gig with Lisa’s help so the two were in a good place. Raquel still thought James was amazing and James managed to get a gig for himself by talking Lisa into allowing him to do promote a night at Pump. And all the guys agreed to go.

The guys had had their own night when the girls were doing their thing and they had warned Jax about what the others were probably telling Brittany. Brittany still loved him and had wanted to work on their relationship, but she had enjoyed her night out with the girls. They had beaten up a piñata with Jax’s face on it and they had also dabbled into witchcraft where they put a curse on Jax so that karma would finally get him. Jax has done a lot of crappy things to women and so the women thought it was his turn to get burned.

What they hadn’t known before their “curse” though had been that Jax would lie again to Brittany about his fling with Faith. Faith hadn’t been a one-night-stand. She said they had slept together a bunch of times and pretty much everyone in the group has heard that. So the girls coached Brittany in her phone call to Jax and Jax did as they expected. He first denied sleeping with Faith more than once and then stated that it didn’t matter if it was one or two or three times. He said it was over and had thought Brittany would be fine with that. But Brittany told him it was over and her friends slept over at their place to help her through it while Jax had been told to sleep somewhere else.