Weston Cage Arrested and Charged With DUI After Wild Police Chase: Faces Up To 1 Year In Jail 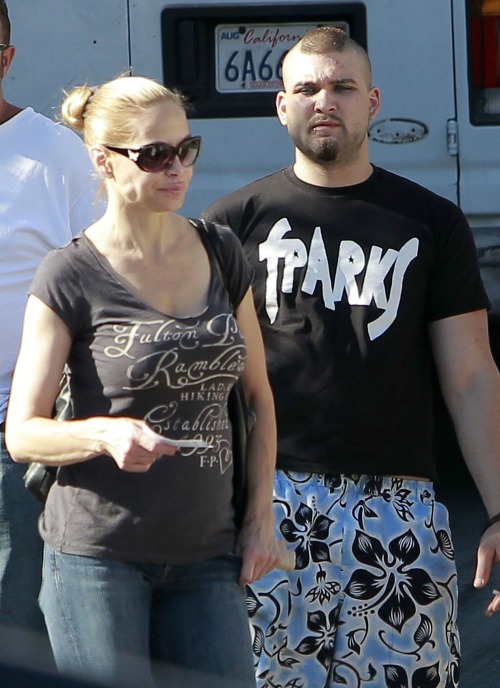 Nicolas Cage’s son Weston Cage faces up to 1 year in jail behind bars after being arrested for a DUI charge and one very wild police chase. The troubled 26-year-old embarked on a wild car chase with the Los Angeles police department through the San Fenrando Valley in February.

According to TMZ, Weston Cage allegedly got into a fender bender back in February, but fled the scene before local police authorities arrives. Apparently, he lost control of his car during the wild chase and ended up taking down several mailboxes and a street sign before hitting a tree. His blood alcohol level was tested at .15, which is double the legal limit. He was arrested on the lawn of a residence when he crashed his Chevy Camaro.

Of course, this isn’t the first time Weston Cage has made headlines for his questionable behavior. He was strapped to a gurney and taken to Cedars-Sinai Medical Center after having a meltdown at a Hollywood restaurant back in 2011. At the time, Weston’s mother Christina Fulton blamed Nicolas Cage for being a bad influence on their son.

What’s more, Weston’s two domestic violence arrests got him banned from the UCF by Dana White. Weston was supposed to face off against the late Kimbo Slice in the Octagon that year but it never happened. Kimbo Slice even said that Weston Cage was ‘too unstable’ to fight at the time

If that wasn’t enough, both Weston and his mother Christina were evicted from their West Hollywood home back in 2014. Court documents revealed that they owed $12,000 in past-due rent.  Just recently, Weston said that he was hoping to turn his life around for his 1-year-old son, Lucian but so far that hasn’t happened.

Weston shares his son with his wife Danielle, who he married in 2013. The aspiring metal singer and actor told the Daily Mail in an interview back in 2015,” He’s saved my life because as soon as I saw him I didn’t want to drink anymore. It’s been over one year and I have not had a drop of alcohol. It’s just not worth it. And I don’t miss the hangovers.”

So far Weston’s father Nicolas Cage has not made any comments about the arrest. Tell us, are you surprised by Weston Cage’s arrest? Let us know what you think by dropping us a line in our comments section below. Also, check back with CDL for all the latest news and updates on Weston Cage right here.