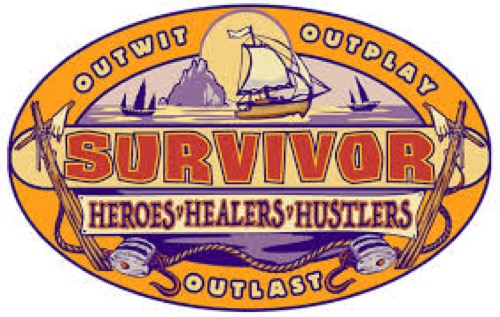 Who won Survivor tonight? Survivor Season 35, Heroes vs Healers vs Hustlers wraps tonight December 20, 2017, when Jeff Probst announces the winner and results live in LA to the entire cast of Survivor: Game Changers and the assembled fans plus special guests.  We have your Survivor Reunion Show recap below!  On tonight’s reunion show one castaway will be crowned the ultimate survivor: Ben Driebergen; Chrissy Hofbeck; Devon Pinto or Ryan Ulrich.

Tonight’s season 35 reunion episode looks like it’s going to be great and you won’t want to miss it, so be sure to tune in for our live coverage of CBS’s Survivor: Game Changers between 10 PM – 11 PM ET! While you wait for our recap make sure to check out all our Survivor recaps, news, spoilers & more, right here!

Another great season of Survivor has come to an end. The people who were voted out decided who is going to win a million dollars. Jeff congratulates the final three. Time to count the votes, 1 Ben, 1 Ryan, 1 Chrissy, 1 Chrissy, 1 Ben, 1 Ben, 1 Ben – the winner of Survivor is Ben. Jeff congratulates Ben on his win and calls his family to the stage. Jeff shows a recap of all Ben’s moves in the game that lead him up to winning the game.

The winner of Survivor Heroes vs Healers vs Hustlers  – Ben Driebergen

Jeff asks Ben if he remembers how hard it was, Ben says yes. Ben admits that every morning he went out looking for idols when everyone else was asleep, the early bird catches the worm.

It’s time for the reunion. Chrissy applied to be on the show for 16 years and finally got on, she tells Jeff that when she finally got out there she was terrified, that was why she threw up in the first challenge. Chrissy says that she asked for time off from her job and they wouldn’t give it to her, she lost her job to be on the show. Ryan says that he was surprised most about how the lack of food affected him.

Jeff shares Ben’s story about being in the Marine Corps and suffering from PTSD. Ben says that a lot of people have reached out to him since, people who he was in the Marine Corps with and it has helped. Jeff calls Ben to the stage, surprises him with three of his Marine buddies.

Jeff asks them why it was so important that Ben talks about his PTSD. they say it is important for everyone to talk about it so that they can help other people who are suffering from the same thing. Jeff reminds everyone how in this season, nobody could keep a secret except maybe for Ben.

Jeff says that bad decisions from former players will come back to haunt players in the upcoming season. The next installment of Survivor is called Survivor Ghost Island, the graveyard for bad Survivor decisions and after 35 seasons, there have been a lot of them.

For the first time ever, a new group of players will have a chance to reverse the curse of some of the worst decisions in Survivor history. An entire season centered around the bad decisions of past players, using the actual haunting advantages and idols that did them in. Will these new players learn from the mistakes of others or will the past come back to haunt again?