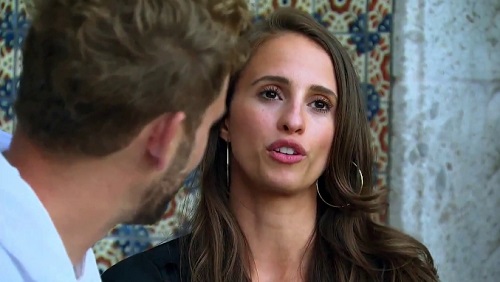 Corinne Olympios has been the talk of the town since the Season 21 premiere of ‘The Bachelor.’  The season 21 villain has made it very clear that she has no standards and no lines she won’t cross when it comes to winning over Nick Viall.  While the women on ‘The Bachelor’ despise Corinne Olympios’ sneaky seduction tactics, she seems to be making quite an impression on Nick Viall, and he’s made it pretty clear he has no intention of sending her home any time soon.

According to Reality Steve’s ‘The Bachelor’ spoilers, Corinne Olympios makes it all the way to the final four on Season 21.  But, she is not the winner.  Instead, spoilers indicate that Nick Viall will give his final rose to Vanessa Grimaldi. 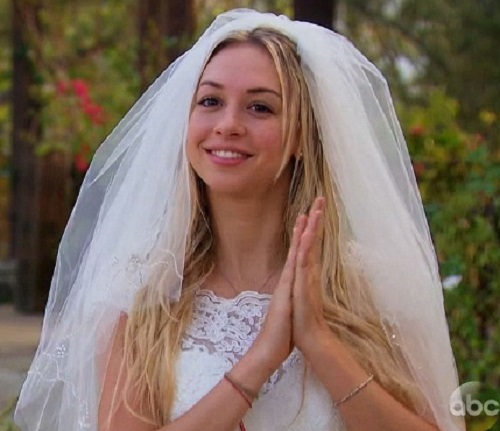 As ‘The Bachelor’ 2017 progresses, and the women begin to exit the ABC reality show one by one, Vanessa Grimaldi and Corinne Olympios’ differences will become more noticeable.  Vanessa is ready to settle down and eager to get married, it seems like Corinne is just looking for a man party with and play in her pink and purple bounce house with her.

As difficult as it is to watch Corinne, and as annoying as her antics are – she seems like the perfect fit for Nick Viall.  And, let’s be honest, if Nick hasn’t sent her home yet, what could she possibly do to turn him off now?  The Bachelor fans have expressed concerns on social media that Reality Steve’s spoilers are wrong, and Nick Viall winds up giving his final rose to Corinne instead of Vanessa.

What do you think ‘Bachelor’ fans about who won?  Could Reality Steve’s Season 21 spoilers be wrong?  Could Corinne actually be the final rose winner and not Vanessa?  Which woman do you think is more Nick’s type?  Share your thoughts in the comments below and don’t forget to check CDL for more ‘The Bachelor’ spoilers and news. 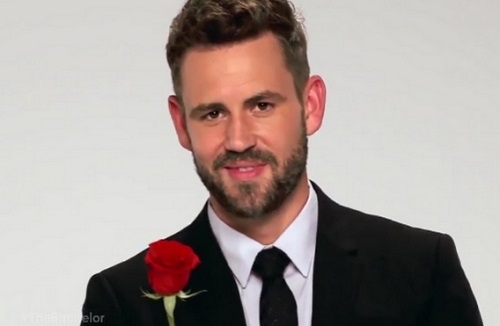 Add ‘The Bayou’ to the list of two-on-one destinations you don’t want to get stranded in. #TheBachelor makes his choice tonight! pic.twitter.com/a3ySrgHPVM