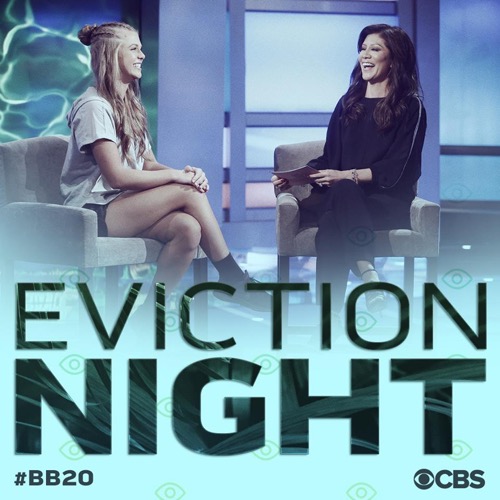 Tonight on CBS Big Brother airs with an all-new Sunday, September 19, 2018, episode and we have your Big Brother recap below! On tonights Big Brother season 20 episode 37 “PoV , Ceremony and Surprise Eviction,” as per the CBS synopsis, “Houseguests compete to win the Power of Veto. During the Veto meeting, the winner of the competition can keep nominations the same, or save someone from eviction.  BB announced that they will also have a surprise eviction tonight and the 5 will be down to 4 houseguests. Hosted by Julie Chen.”

Time for the Veto completion, the houseguests are welcomed to the BB Labyrinth. They have to be the fastest houseguest to navigate a maze and find one wizard, two wolves and three witches in that order. Kaycee wins the PoV, JC comes in second, but that doesn’t get him anything.

Time for the Veto meeting, Kaycee has the power to take one person off the block and she has decided not to use the PoV. Kaycee says the house is a lot smaller and it doesn’t make sense for her to shake up the nominations.

Time for the live vote. Kaycee is up first and she votes to evict Sam, Tyler for Sam. Its official, with two votes to evict Sam, she is evicted from the Big Brother house. Sam is with Julie who asks if she is surprised, she says yes because Tyler always said that he had her back and JC is annoying, so he should have gone home. Julie asks why she was alone in the house, Sam says because she is different, and she was not prepared for the experience.

Time for Kaycee, Tyler and JC to battle it out for the HoH. This competition is called, “What the Bleep?” Angela is not eligible to compete. They will view a collection of videos containing statements made by their fellow houseguests this summer. Each statement will contain a bleeped out word or phrase, Julie will tell them what the missing word or phrase might be and it is the houseguests job to figure out if it is true or false. JC is in the lead with Tyler just behind him, Kaycee is too far behind to win at this point. The winner of HoH and guaranteeing themselves a spot in the final three is JC. One of the final four will be evicted tomorrow night.