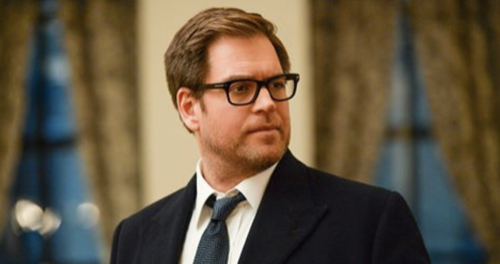 Tonight on CBS their  drama Bull inspired by Dr. Phil McGraw airs with an all-new January 2, 2018, episode and we have your Bull recap below.  On tonight’s Bull season 2 episode 11 Winter Premiere as per the CBS synopsis, “Bull represents Jemma Whitbeck, a teenager arrested for robbing a jewelry store with an older man she disappeared with 18 months ago. To persuade the jury she is not guilty, Bull argues that Jemma was actually a victim of his abuse and manipulation and not his willing accomplice.”

Jemma is in her room on her computer. She gets a message. She responds. She is excited. She shuts her laptop and heads out of her window. She meets a man in a parking lot. She is surprised at how old he is. He tells her he lied a little about his age. She is prettier in person. He tells her they can take things slow and get to know each other or she can go home and forget meeting him.

Jemma’s mother stands on the home of their front lawn pleading to cameras for the safe return of her daughter.

Two thieves break the glass of a jewelry case while one yells to the patrons to stay down. On their way out of the store, the police catch them on the sidewalk. They tell them to freeze. The two stop. The police pull their masks off. It is Jemma and the older man, Ryan.

Marissa and the team watch the news reports of the two robbers. Marissa informs the team that Bull wants to take Jemma’s case. He thinks she did it against her will. He also wants to take the case because of his old friend, Thalia, a lawyer, is Jemma’s attorney.

At court, Bull watches as Jemma and Ryan are brought into the courtroom. Bull notices Jemma’s reaction when Ryan comes into the room. The judge demands Jemma pay $100k bail. Thalia tries to plead her case. Her client doesn’t have the money. The judge doesn’t care. Bull whispers to Thalia to call to sever the trials.

In the judge’s chambers, Bull and Thalia try to get the judge to separate the trials so that Jemma can get a fair shot. The judge asks for concrete evidence that Jemma was in fear of her life. Bull doesn’t have any tangible evidence just yet. The judge denies their motion but tells them they can present any new findings.

On to jury selection, Bull tells Thalia to find agreeable thrill seekers who are emotionally stable. Thalia picks through the pool.

Cable is putting together her report on Jemma’s online life. Benny shows up and asks her what she is doing at the office so late. Bull calls Benny. Benny shows up at Jemma’s house. Her mother is upset. Jemma went to prison to try and visit Ryan while she was at work. Bull tells her this is going to make her case look bad. He tells her he thinks she needs to have her daughter’s bail revoked. It is the only way to save her.

In court, Marissa talks in Bull’s ear. She tells him to watch juror #10. Bull doesn’t know what to do because Jemma isn’t looking mentally present.

Chunk and Danny visit the trailer where Ryan and Jemma lived for 18 months. It looks as though Ryan kept Jemma in a tiny room.

At court, Thalia has trouble proving Jemma was an unwilling accomplice. Bull thinks it is time to strike a deal. They talk to the ADA. He needs Jemma to plead against Ryan and then he will cut her a deal. Bull talks to Jemma who refuses.

The next day at court, the ADA calls Ryan to the stand. He announces that Ryan took a plea deal. Ryan tells the court that he never held Jemma against her will. In fact, she went home one day and stood across the street from her house in a baseball cap and glasses. She never knocked on the door and returned to him. Jemma sat quiet, looking ashamed but not objecting.

Bull, Benny and Marissa are back at the office. They don’t know where to go from here. Something Benny says gives Bull an idea. Cable, Danny and Chunk get to work locating all of the people in Jemma’s life before she disappeared.

At court the next day, Bull brings Jemma in. She sees all of her friends. She tells Bull she is ready to fight. Jemma takes the stand. She details how she met Ryan. How he abused her and how she did go home once but didn’t go in. She felt ashamed. Marissa is concerned. There is one juror who is still in the red.

Three days later, the jurors come in deadlocked, 11-1. The ADA takes notice. He would like to dismiss the case. Everyone is thrilled. Jemma goes home with her mom.