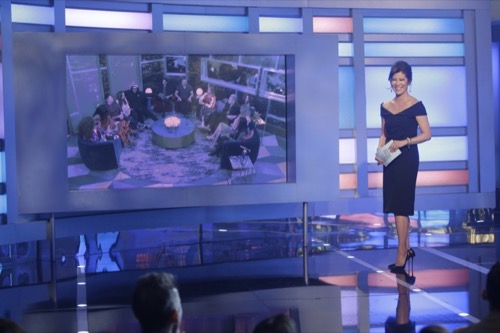 Omarosa is focusing on winning this battle, she is going to lay low, win the POV and find a new alliance. Keisha vows to go out fighting. Shannon recognizes that Omarosa’s asthma attack was real, but realizes that it doesn’t hurt to play it up a little bit.

Ross tells Omarosa that he was really concerned about her, he was expecting the wrath of Omarosa and she didn’t give him anything which surprised him. Brandi is not happy that Shannon and James are working together and wants to get rid of Shannon asap.

Brandi and Ariadna know that Shannon and James are the strongest, need to be broken up, and they think Omarosa is not a threat because she is sick and weak. Omarosa is obviously playing up her condition to the fullest, smart move!

Brandi and Ross are talking strategy, to backdoor Shannon. Rossa shares his strategy with Marissa and tells her that they have to grow a big pair. Marissa thought she and Shannon could get to the end and now she can’t believe she is in agreement to backdoor her.

Ross is surprised that Omarosa is always talking about the White House. Mark is fed up listening to her and calls Omarosa a first-class reality villain. Ross needs four votes backdoor Shannon, he confides in Mark hoping to get him on his side.

Ross is taking a big risk, hopefully, Mark doesn’t tell Shannon because if he does, Ross will be leaving the BB house sooner rather than later. Ross has all the votes lined up to get rid of Shannon but doesn’t know if he has the nerve to go through with it. Ross, Keisha, Omarosa, Ariadna, Marissa, and Shannon will be playing in the Veto competition.

Everything is live tonight, the winner of this Veto will be able to remove one of the nominees from the block. This competition is called “Now You See It, “ two at a time will face off at the podium, where they will see a billboard advertising a new star-studded cruise – for each billboard Julie will ask a question containing a number.

The answer to each question will be either more, exactly or less.Keisha and Ross are first, Keisha won. Omarosa and Shannon are next, Omarosa wins. Ariadna and Marissa face off, Marissa wins. Omarosa and Keisha are facing off, Omarosa wins.

Omarosa and Marissa are the final two to face off, Marissa wins. Time to see if Marissa is going to use her Veto – she decides not to use the Veto so the nominations stay in place.

Time for the live vote and eviction. Keisha gives her speech and begs to go home because she misses her child. Omarosa’s speech basically tells everyone to respect Keisha and send her home, too funny. Shannon votes Keisha. Ariadna votes for Keisha.