Days of Our Lives Spoilers: Abigail Sees Stefan’s Good Side, Gets Too Close – Chad Fears Cheating 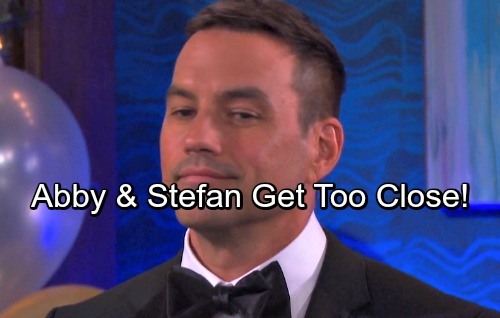 Days of Our Lives (DOOL) spoilers tease that Stefan (Tyler Christopher) will leave Chad (Billy Flynn) fuming. In addition to making himself at home in the DiMera mansion, Stefan intends to take over the company. He’ll reveal some dirty tricks he’s used to give himself more power. Stefan hopes to become a force to be reckoned with in Salem, but Chad will do everything he can to stop his new brother.

Abigail (Marci Miller) and Chad will mull over what to do about this new threat. Since Stefan will be captivated by Abigail, she might think she can flirt a bit and secure the info they need. Of course, Abigail could easily warm up to Stefan in the process. She tends to see the good in people, as evidenced by her bizarrely close friendship with Andre (Thaao Penghlis). 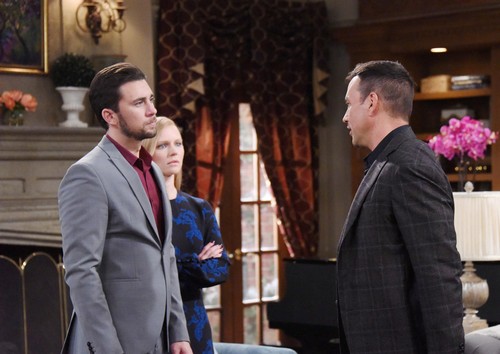 There’s a chance that Abigail will face some temptation. Chad isn’t the only Dimera that Abby’s capable of falling for. Her hot affair with EJ (James Scott) is proof of that. Nevertheless, Days of Our Lives spoilers hint that Chad and Abigail will remain the couple to root for. The “Chabby” fanbase is strong and DOOL probably isn’t prepared to infuriate them with a full-fledged cheating scandal.

Abigail can potentially serve as a peacemaker though. She might be just the person to help Stefan and Chad bond down the road. In the meantime, Days spoilers state that Chad will concentrate on his mission. He’ll want Stefan out of the picture, but he’ll need dirt to accomplish that goal. As a result, John (Drake Hogestyn) will be a great person to turn to. He’ll be willing to help when Chad reaches out.

Chad will ask John to dig deep into Stefan’s background. He’ll want to know everything there is to know about Stefan’s past. Chad will hope to push Stefan out of the family and restore peace once again. Elsewhere, Abigail will choose a simpler approach. She’ll ask Stefan a few questions, but can she trust him to give her honest answers?

Days of Our Lives spoilers say Stefan is definitely keeping huge secrets. Abigail may get some information regarding Stefan’s history, but no one will know the whole story just yet. Don’t count on Chad achieving his mission to get rid of the problem. Instead, he may just anger Stefan and add to the risks.

It sounds like an all-out DiMera war may be brewing. Are you rooting for Chad or Stefan? We’ll give you updates as other Days news comes in. Stay tuned to DOOL and don’t forget to check CDL often for the latest Days of Our Lives spoilers, updates and news.