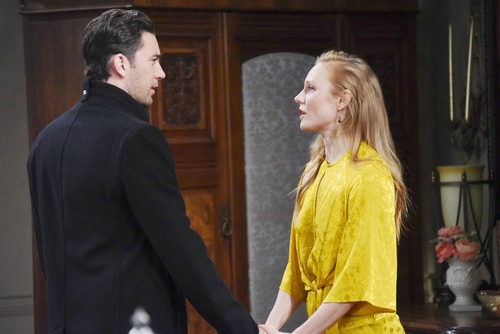 Days of Our Lives (DOOL) spoilers tease that Abigail’s (Marci Miller) mental health will continue to decline. She’s been parading around in a dark wig along with Gabi’s (Camila Banus) coat, so Stefan (Tyler Christopher) can tell she’s in bad shape. He’s been researching dissociative identity disorder in an attempt to provide some help.

However, that’s not going to be easy. The circumstances are certainly tricky here. “Gabby” killed Andre (Thaao Penghlis), but she knows Stefan and Vivian (Louise Sorel) were at the office that night. She could take them down if either one of them blabs. 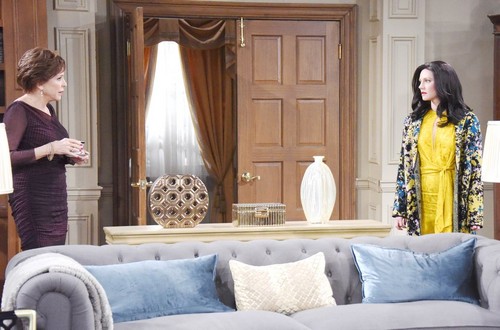 Stefan doesn’t want Abigail to end up in a psychiatric facility anyway. He’s got deep feelings for her and they’re still growing thanks to all the “Gabby” drama. Days of Our Lives spoilers say Stefan will try to protect Abigail from the shocking revelation of what she’s done.

Nevertheless, Abigail’s already on the verge of uncovering the truth. In a nightmare, Andre told Abigail she already knew who killed him. She obviously just needs to break through this brain barrier. At some point, things may click into place for Abigail. 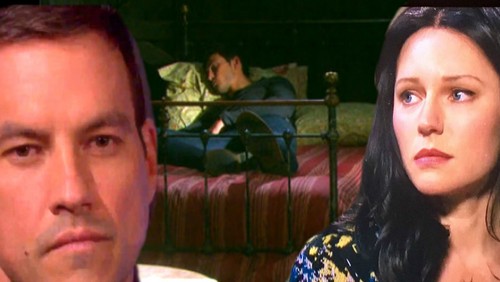 Days of Our Lives spoilers say Abigail could get another crucial hint on next week’s new Days episodes, March 5-9. Chad (Billy Flynn) will bring up an incident that Abigail has no recollection of. She’ll be puzzled when Chad insists she was there and reminds her of what she did. It seems this will involve something that happened during an alternate personality episode.

Abigail may feel like something’s up, but she won’t be sure what. The confusion could get worse soon enough. DOOL fans can expect another one of Abigail’s alternate personalities to appear on March 9. Stefan will realize he’s in over his head when Abigail takes on her next character. 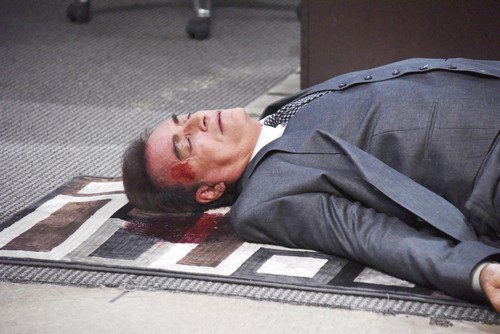 Days may throw in even more alters as time goes on. There’s no way Stefan can keep Chad out of the loop indefinitely. Once Chad discovers Abigail’s issues, the brothers may band together. That could lead to even more suspicions for Abigail. She’ll know something’s wrong if Chad’s suddenly on Stefan’s side.

It sounds like this storyline will pack in plenty of excitement. How will Abigail realize the devastating identity of Andre’s killer? Will she crumble over this crushing news? We’ll give you updates as other Days details emerge. Stay tuned to DOOL and don’t forget to check CDL often for the latest Days of Our Lives spoilers, updates and news.