Days of Our Lives Spoilers for Next 2 Weeks: Chad Arrested – Panicked Abigail Wakes Up in Hong Kong – Chloe’s Secret Admirer 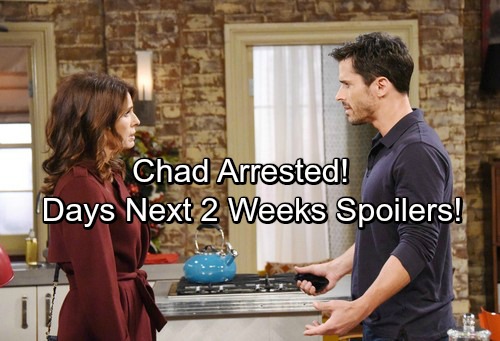 Days of Our Lives (DOOL) spoilers for the next two weeks tease that several Salemites will face conflict. The week of March 19-23 will bring exploding tension for Sonny (Freddie Smith), Will (Chandler Massey) and Paul (Christopher Sean). DOOL fans know that Sonny took a risk and lost big time. He gave up Paul to be with Will and now his exes are getting together!

Sonny will take jabs at Paul and Will, but he’ll probably be beating himself up inside. He’ll feel like he’s made a mess of his love life. Meanwhile, Rafe (Galen Gering) will feel the same way. He’ll share his sorrow with Kate (Lauren Koslow), who’s also been having trouble coping. Things haven’t been quite the same for Kate since Andre (Thaao Penghlis) died.

Across town, we’ll see some courtroom shockers. Lani’s (Sal Stowers) confession will rock JJ (Casey Moss) to the core! Days spoilers state that JJ will freak over the news that she slept with Eli (Lamon Archey). He’ll make a fist and whack Eli in the face, but the biggest blow will come later. JJ will be heartbroken when he discovers Lani’s having Eli’s child.

Other Days of Our Lives spoilers say Chad (Billy Flynn) will chase after Stefan (Tyler Christopher) and Abigail (Marci Miller). He’ll follow them to Hong Kong, where “Gabby” will remain in play. When Chad appears at her hotel room, “Gabby” will have to play the part of her host. She’ll do her best to make Chad believe everything’s normal. 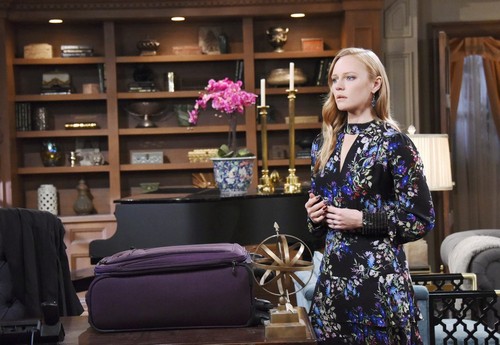 The week of March 26-30 will deliver another round of chaos. Days spoilers say Abigail will panic when she snaps out of her trance. She’ll wonder how she ended up in Hong Kong with Stefan. Over with Chad, he’ll manage to get himself arrested. Thankfully, Belle (Martha Madison) will come to his rescue. Thanks to the magic of soaps, she can be a lawyer anywhere in the world.

Meanwhile, Greg Rikaart will debut as Leo. Days of Our Lives spoilers state that Leo will go out with Sonny, but he’ll be hiding something. It looks like Leo will also be Chloe’s (Nadia Bjorlin) secret admirer, so DOOL may be taking the bisexual route with this character. Lucas (Bryan Dattilo) and Chloe will do some digging, so they should figure out what Leo’s up to soon. 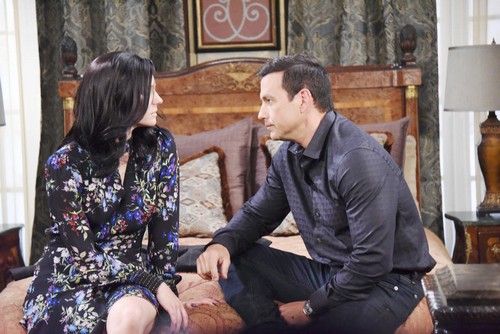 Over with Steve (Stephen Nichols), his vision will take a serious hit. Poor Steve may not be able to see for much longer! Finally, Adrienne (Judi Evans) will get a visit from Will (Chandler Massey). He’ll be hoping for a position at The Salem Spectator.

It sounds like the next two weeks will be packed full of drama. We’ll give you updates as other Days details emerge. Stick with the NBC soap and don’t forget to check CDL often for the latest Days of Our Lives spoilers, updates and news.