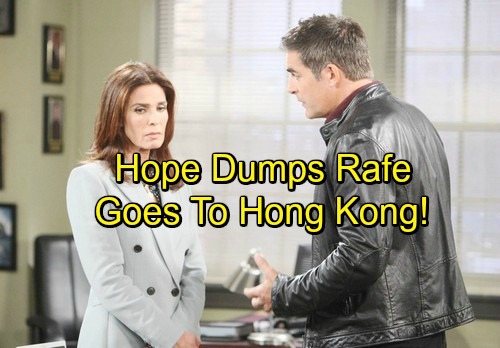 Days of Our Lives (DOOL) spoilers tease that Hope (Kristian Alfonso) will struggle with intense sorrow. She’ll experience total devastation as she mulls over the cheating news. Hope will try to cope, but it won’t be easy. Even a pep talk from Jennifer (Melissa Reeves) won’t really help.

Hope’s been through so much over the last few years. She faced horrible trauma thanks to Aiden (Daniel Cosgrove). Bo’s (Peter Reckell) death obviously hit her hard as well. Hope also had to watch Ciara (Victoria Konefal) suffer after being raped. Of course, Days fans can’t forget Stefano’s (Joseph Mascolo) shooting and the prison stint that followed. 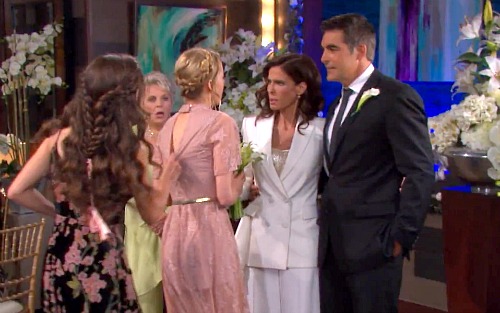 That’s why Rafe’s (Galen Gering) deception will hurt Hope so deeply. He was the one person she could count on throughout all the chaos. Hope won’t like the fact that Rafe slept with Sami (Alison Sweeney), but his lies will be the bigger problem.

Rafe was willing to let Hope marry him without telling her anything. She just won’t be able to get past that. Days of Our Lives spoilers say Hope will declare their relationship over. Rafe will apologize after Hope has a chance to cool off, but she’ll stick to her guns. Hope will think it’s best if they both just move on.

It sounds like Hope will get the ball rolling on an annulment. She’ll break Rafe’s heart, but it’ll serve him right. Rafe should’ve told Hope the truth from the start, but it’s too late to say sorry. DOOL viewers will see some emotional moments during this breakup. 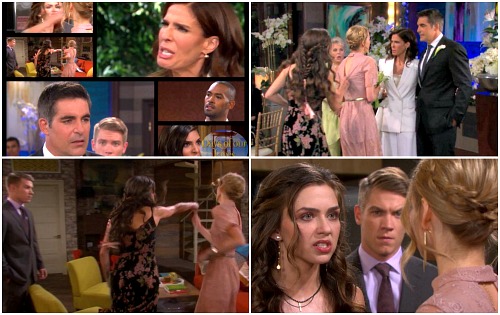 Hope will eventually share exciting plans that don’t include Rafe. She’ll announce that she’s taking an extended trip to Hong Kong. Hope will suggest that she intends to stay there indefinitely. She’d rather spend time with Shawn (Brandon Beemer) and Belle (Martha Madison) than deal with painful reminders of Rafe around town.

Hope will think it’s a good idea to put some distance between them. Rafe will likely object, but Hope’s mind will be made up. However, there haven’t been any Days of Our Lives spoilers about Hope leaving. Kristian Alfonso still appears to be taping, so this is undoubtedly just a plot point.

Some Hong Kong sets are listed in an upcoming script, so perhaps that means Rafe will head over there sooner or later. He might make a grand gesture and try to win Hope back. Will Rafe’s efforts pay off? We’ll give you updates as other Days details emerge. Stay tuned to DOOL and don’t forget to check CDL often for the latest Days of Our Lives spoilers, updates and news.