BY Heather Hughes on May 11, 2018 | Comments: one comment
Related : Days of Our Lives, Soap Opera, Spoiler, Television 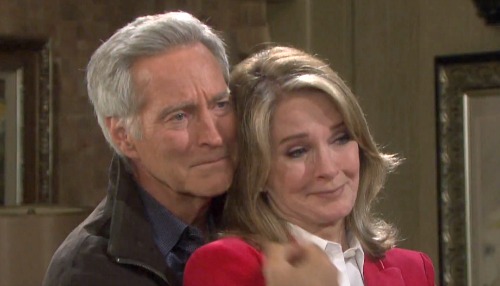 Days of Our Lives (DOOL) spoilers reveal that John (Drake Hogestyn) and Marlena (Deidre Hall) will make a major decision next week, May 14-18. After all the latest hostage drama, they’ll be ready for some peace and happiness. John will insist that he loves Marlena and never wants to let her go. She’ll feel the same way, so they’ll decide it’s time to plan their long-awaited wedding.

Many DOOL fans probably forgot these two aren’t married. They vowed to tie the knot again long ago, but they never got around to it for some reason. Since John and Marlena are one of the biggest supercouples in Days history, there’s no reason they shouldn’t make it official. It’s time to remarry and seal their fate as a devoted duo. 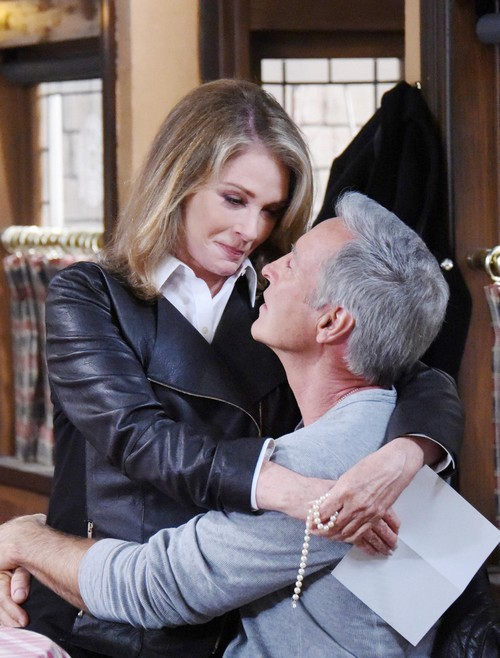 On May 18, John and Marlena will kick off their wedding plans. Days of Our Lives spoilers say they’ll want all their family and friends around for the nuptials. The show needs to go all out for this gathering. “Jarlena” shouldn’t get some chintzy, low-key gathering at Doug’s Place. DOOL viewers want to see this soap wedding done right!

Thankfully, Days is going to give fans their wish. Ron Carlivati, the show’s head writer, dished on what’s ahead in an interview with Soap Opera Digest. He promised that the “Jarlena” wedding will truly be something to look forward to. 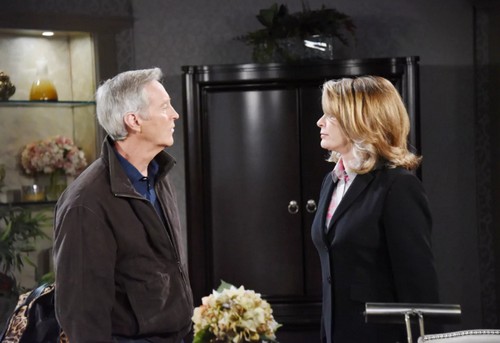 Carlivatii teased, “This is not a courthouse wedding, this is not a little wedding in the living room, this is going to be the real deal!” It sounds like this grand celebration may take place at St. Luke’s or some other fancy location. Marlena and John deserve to say their vows somewhere nice!

Carlivati added that Days wants “the audience to enjoy the anticipation” and many fans certainly will. However, Days of Our Lives spoilers say the actual event could bring plenty of chaos. Word has it we’ll see some surprising comebacks as well as grave danger. There’s been buzz about Marlena potentially getting shot, so these nuptials could be derailed with a real horror show!

DOOL watchers should be on the edge of their seats before long. We’ll give you updates as other Days news comes in. Stay tuned to the NBC soap and don’t forget to check CDL often for the latest Days of Our Lives spoilers, updates and news.