BY Heather Hughes on May 20, 2018 | Comments: one comment
Related : Days of Our Lives, Soap Opera, Spoiler, Television 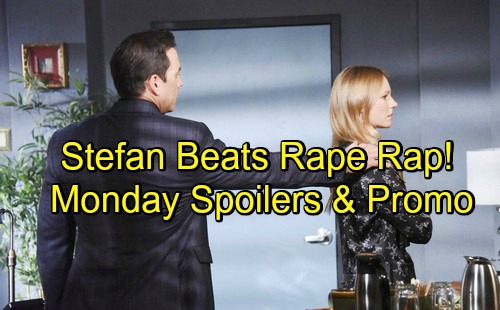 Days of Our Lives (DOOL) spoilers for Monday, May 21, tease that Mateo (Andoni Gracia) will give Chloe (Nadia Bjorlin) some disturbing news. Theresa (Jen Lilley) left a note for Chloe before she left, but she didn’t have time to explain. She could only say that she was sorry. When Chloe asks about Theresa, Mateo will tell a horrifying lie. He’ll insist that Theresa’s dead, so Chloe’s his focus now.

Chloe will feel a flood of emotions after Mateo’s latest fib. She’ll hate what she believes Theresa went through, but she’ll push past that sadness and concentrate on herself. Chloe will naturally fear for her own life. She’ll realize she could die as well if she crosses Mateo. 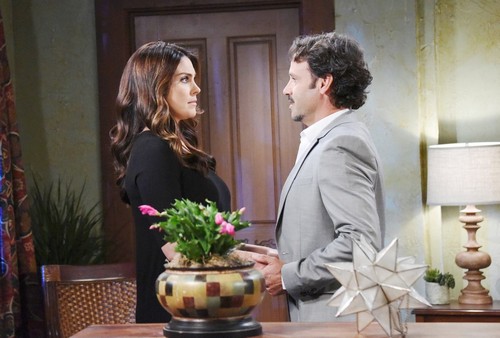 Fortunately, DOOL fans know Theresa’s just fine. Brady (Eric Martsolf) was shocked when he came home to find Theresa in the Kiriakis mansion. He’s confused and outraged by Theresa’s sudden return. Brady will wonder why the abandoner decided to make a comeback.

Days spoilers say Theresa will recap her harrowing ordeal. She had to leave with Mateo or he would’ve murdered her family. Theresa was willing to sacrifice her own freedom so Brady and Tate (Colin and Kyle Schroeder) could live. Brady will accuse Theresa of lying at first, but he’ll have to accept the truth eventually. Stay tuned to watch Brady wrap his head around all this. 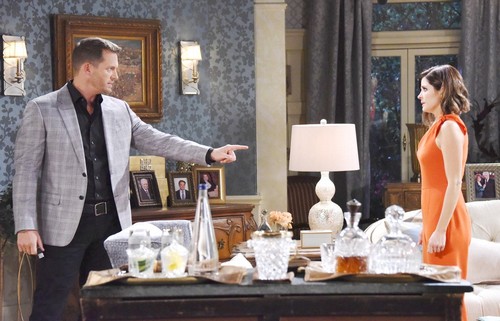 Meanwhile, Eve (Kassie DePaiva) will show off her new engagement ring. She’ll flash her bling to Jennifer (Melissa Reeves) and insist that she’s going to have a bright future with Brady. Days of Our Lives spoilers say Jen will be thrilled for Eve. These two have a complicated history, but Jennifer always supports a good love story!

Across town, Stefan (Tyler Christopher) will deliver a vicious threat. Abigail (Marci Miller) just vowed to go to the cops and have Stefan arrested for rape. The deal she made as “Gabby” obviously wouldn’t hold up. However, Stefan will promise to have Chad thrown in prison as well. If Stefan goes down, Chad’s going down with him. 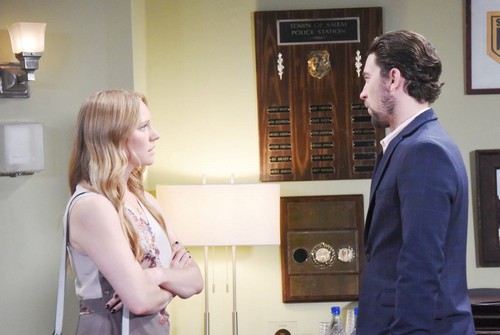 Stefan nearly died thanks to Chad’s attack, so it wouldn’t be hard to put him away. Days of Our Lives spoilers say Abigail will fume over Stefan’s leverage. It looks like she’ll have no choice but to let him off the hook.

Monday’s episode will be packed full of confrontations and bombshells, so don’t miss all the action. We’ll give you updates as other Days details emerge. Stick with DOOL and don’t forget to check CDL often for the latest Days of Our Lives spoilers, updates and news.