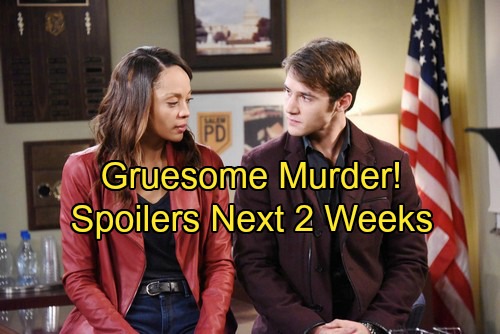 Days of Our Lives (DOOL) spoilers for the next two weeks tease that major drama will go down in Salem. For starters, the week of January 8-12 will deliver a shocker for Steve (Stephen Nichols). He’ll experience a sudden dizzy spell that catches him off guard. Steve will be a bit weirded out by the incident, but he won’t share his secret with Kayla (Mary Beth Evans).

Since someone is poisoning Steve, his silence could be a problem. Speaking of problems, miscommunication will be a big one for Eric (Greg Vaughan) and Jennifer (Melissa Reeves). Days spoilers say Jen will continue to believe Eric’s hung up on Nicole (Arianne Zucker). When a hot doctor expresses interest, Jennifer will accept a date and put Eric out of her mind. Jealousy could strike for Eric soon! 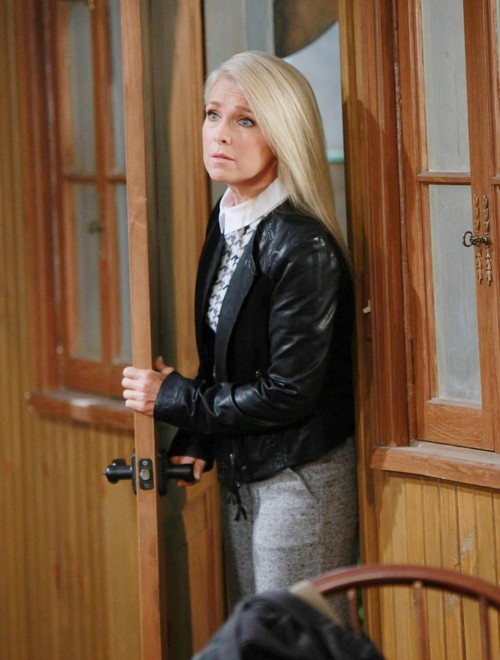 Meanwhile, Lani (Sal Stowers) will feel faint by Theo’s (Kyler Pettis) bedside. After Kayla runs a few tests, she’ll give Lani some startling updates. Days spoilers say Lani’s pregnant as a result of her Christmas Eve romp with Eli (Lamon Archey). She’ll decide to get an abortion, but JJ (Casey Moss) will overhear the pregnancy news. He’ll think this is great since he’d love to be a dad.

Unfortunately, Lani will have to explain the situation sooner or later. She’s not far enough along for the baby to be JJ’s. Days of Our Lives spoilers state that Lani will have a real mess on her hands. Elsewhere, Stefan (Tyler Christopher) will cause more trouble at DiMera Enterprises. He’ll get into a huge fight with Gabi (Camila Banus), presumably over Gabi Chic. 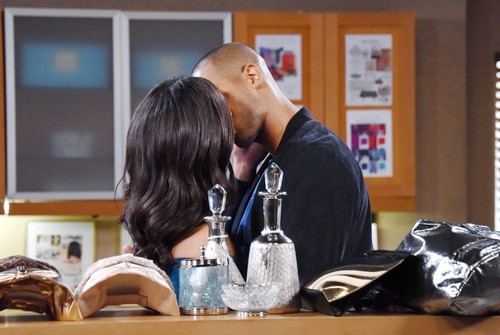 Other DOOL spoilers say Chad (Billy Flynn) will rely on John’s (Drake Hogestyn) expertise. He’ll hope to dig up some dirt on Stefan and kick him out of the company. John will get started on the investigation, but the plan will hit a snag. The week of January 15-19 will bring Vivian (Louise Sorel) in the loop. She’ll eavesdrop on John and Chad’s chat, so she’ll be one step ahead of the game. 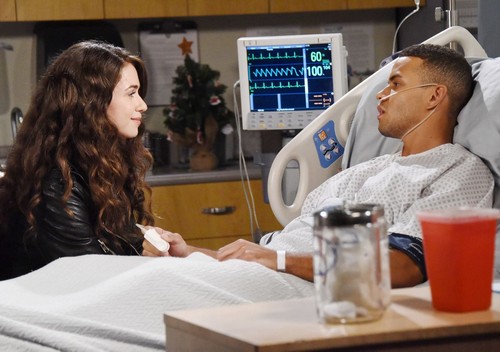 Across town, Theo will bid farewell to his loved ones. Kyler Pettis’ last airdate will be on January 17, so be sure to tune in and watch Theo’s goodbyes. Back with Gabi, she’ll face a crushing blow. It sounds like Eli will come clean about his sex session with Lani. Once the pregnancy is ultimately revealed, it’ll lead to more heartache for all parties involved.