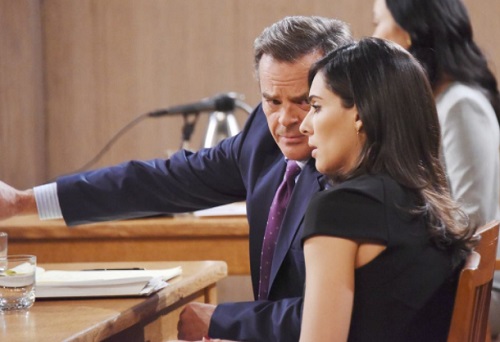 Days of Our Lives (DOOL) spoilers tease that Gabi (Camila Banus) will have a rough time at Statesville. Thanks to ruthless Melinda Trask (Laura Kai Chen), Gabi’s been forced to await her sentencing in the slammer. Justin (Wally Kurth) tried his best to secure an ankle monitor for Gabi at home, but the judge wouldn’t allow it since this isn’t her first murder conviction.

Gabi will just have to do the best she can until Justin can get his appeal going. He’ll do everything in his power to make sure Gabi walks free soon. However, Chad (Billy Flynn) won’t have a lot of faith in the justice system after this. This judge is tough and Trask is relentless! Chad will worry that Justin just won’t be able to get the job done.

That’s why Chad will take action himself. He may feel like he owes Gabi since his own wife led to her guilty verdict. Well, sort of anyway! Abigail (Marci Miller) obviously wasn’t herself on the witness stand, but DOOL fans know Chad hasn’t quite cracked the case yet.

Nevertheless, Gabi’s suffering will make Chad even more determined to put an end to all this. He’s fed up with Stefan (Tyler Christopher) and all the drama that’s gone down since Andre’s (Thaao Penghlis) death. Chad will want to find any evidence that could give Gabi her freedom. He’ll have his work cut out for him, but he’ll have a strong ally on his side. 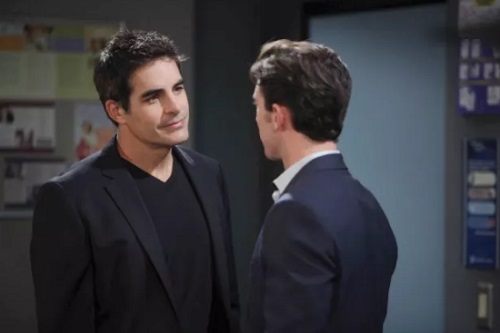 Days spoilers say Rafe (Galen Gering) will team up with Chad for this mission, so that’s definitely a good thing. There’s no one who will fight harder to free Gabi than Rafe. Eduardo’s (A Martinez) in prison and Dario’s (Jordi Vilasuso) on the run, so Rafe and Gabi have to stick together. The fact that Rafe couldn’t clear Gabi from the start has been hard on him.

Chad will think the mystery woman is the key to getting Gabi off the hook. He’ll hope they can figure out her identity and track her down right away. Days of Our Lives spoilers state that Hope will reluctantly pitch in on this mission. She won’t like the idea of working with Rafe thanks to their crumbling marriage, but she’ll suck it up and put Gabi first.