Days of Our Lives Spoilers: Tuesday, June 26 – Pregnant Abigail Keeps Chad in the Dark – Will Confesses – Kayla Spills a Shocker 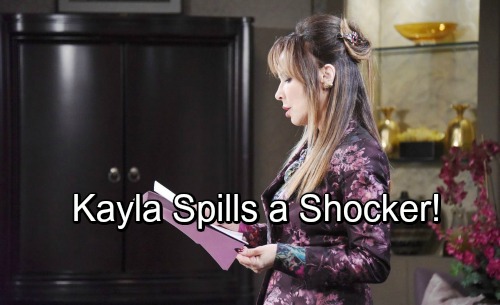 Days of Our Lives (DOOL) spoilers for Tuesday, June 26, tease that Abigail (Marci Miller) will keep a big secret from Chad (Billy Flynn). She suddenly realized she might be pregnant, so she’ll have a lot to mull over. Abigail will have no idea which DiMera this baby belongs to. She’ll be terrified that she’s expecting Stefan’s (Tyler Christopher) child, but she’ll cling to the hope that it’s Chad’s kid instead.

Of course, Abigail will have to confirm her pregnancy suspicions first. She may tell Chad she has to run a few errands before she dashes off. Days of Our Lives spoilers say Abigail will eventually buy a pregnancy test, but Gabi (Camila Banus) will show up before she can take it. Later this week, Abigail will unload her problems and get some advice from Gabi in return. 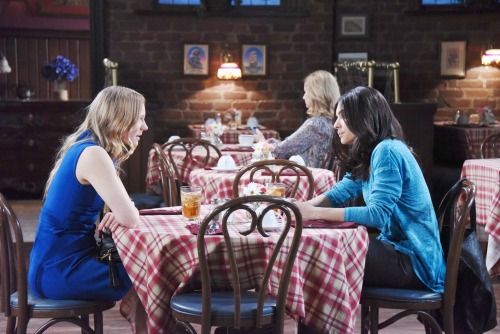 Kayla will likely assume that Kate put Leo (Greg Rikaart) up to this, which is a nice start. However, Days of Our Lives spoilers say Stefan will want proof. He’ll hope they can take their mission a step further soon enough. Across town, Paul (Christopher Sean) will face some difficult updates. After Will (Chandler Massey) comes clean about his latest memory, Paul will have an important question to ask. 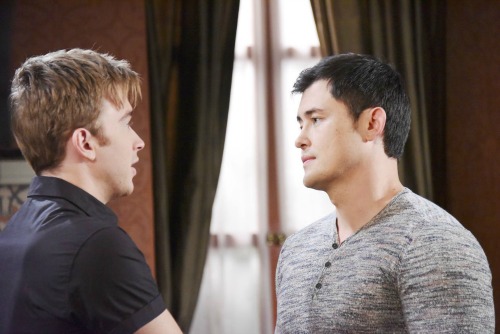 Days fans know that Will remembered something crucial about Sonny (Freddie Smith). He recalled when they were first falling in love, so Paul will wonder if that changes anything. Naturally, Will’s going to offer plenty of reassurance. He’ll probably insist that Sonny’s his past and Paul is his future, but he may not feel that way for much longer. As more memories surface, things could certainly begin to shift.

Elsewhere, Sonny will push Leo (Greg Rikaart) to make a confession. He’ll hope he can convince him to do the right thing, but Leo won’t budge just yet. DOOL has some startling twists coming up, so we’ll keep you posted as other details emerge. Stick with the NBC soap and don’t forget to check CDL often for the latest Days of Our Lives spoilers, updates and news.