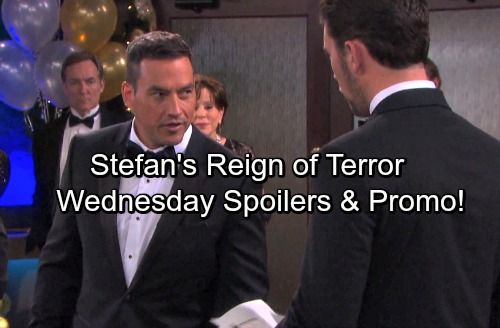 Days of Our Lives (DOOL) spoilers for Wednesday, January 3, tease that Stefan (Tyler Christopher) will add to the DiMera clan’s misery. He just revealed that he’s taking over DiMera Enterprises and there’s nothing they can do about it. However, Stefan’s reign of terror is just getting started. He’ll move his things in the mansion and try to make himself king of the household.

Of course, Stefan will do it under the guise of bonding. He’ll suggest that he’d love to get to know his new brothers. Andre (Thaao Penghlis) and Chad will respond with skepticism, but here could be more to the story. Days spoilers hint that Andre may be in the loop on Vivian’s (Louise Sorel) side of this plot. Things could get even trickier for the DiMera family down the road. 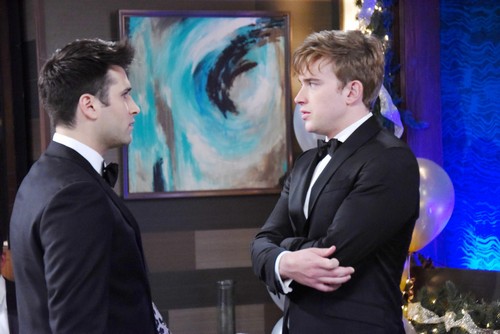 Meanwhile, Will (Chandler Massey) and Sonny (Freddie Smith) will face a tricky situation as well. Days of Our Lives spoilers say Sonny will have to deal with some heartache. Will just can’t be the person Sonny wants without his memories. He’ll contend that it’s best to break up – at least for now.

Other Days of Our Lives spoilers say Chloe (Nadia Bjorlin) will grow suspicious of Brady’s (Eric Martsolf) intentions. She’ll realize he’s grown much closer to Eve (Kassie DePaiva), so she’ll decide to ask him why. Chloe will wonder if Brady has a twisted plot in mind and DOOL fans know that he does. She’ll soon offer a warning about this dangerous game, but she doesn’t have too much to worry about. 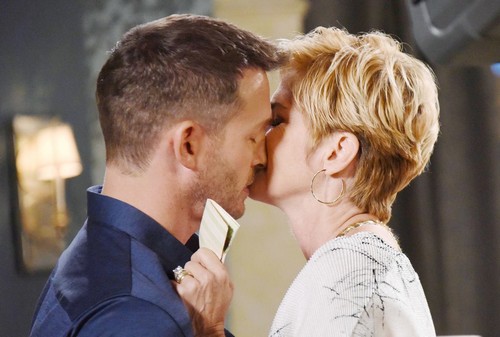 Brady’s clearly falling for Eve, so maybe neither one of them will be too distraught in the end. Instead, another strange love story is kicking off. For the time being, Brady and Eve will continue to clash as their feelings grow.

Across town, Vivian and Kate (Lauren Koslow) will have a shouting match of their own. Days spoilers state that they’ll hurl insults and threats, but neither one will back down. There’s much more to come in this fierce war. We’ll give you updates as other DOOL news comes in. Stay tuned to the NBC soap and don’t forget to check CDL often for the latest Days of Our Lives spoilers, updates and news.