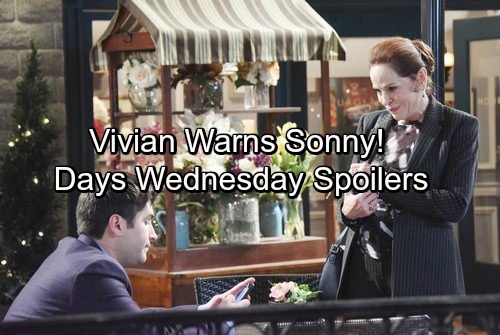 Days of Our Lives (DOOL) spoilers for Wednesday, March 21, tease that Kate (Lauren Koslow) and Stefan (Tyler Christopher) will have a fierce faceoff. There’s been plenty of tension at the DiMera mansion lately, but Kate’s about to kick things up a notch. She’ll confront Stefan about Andre’s (Thaao Penghlis) phone and what she believes is his role in her husband’s murder.

Kate doesn’t think Gabi’s (Camila Banus) guilty, so she blames Stefan for the frame job as well. Of course, Kate also doesn’t appreciate the way Stefan swooped in and took over DiMera Enterprises. Her anger’s been building and it’s finally time to let it explode. Kate will really let Stefan have it, so be prepared for some heated moments. 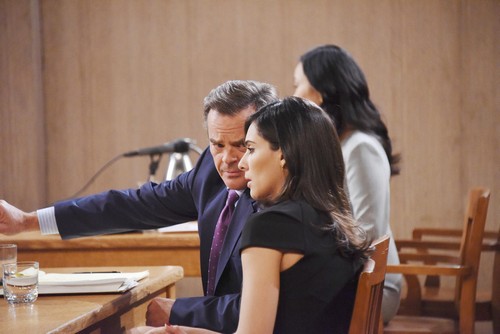 Days of Our Lives spoilers say Stefan will defend himself against Kate’s accusations. He’ll deny any involvement in Andre’s death and Gabi’s setup, but he’ll obviously be telling a few fibs. Stefan knows Abigail (Marci Miller) is the killer and he framed Gabi to throw suspicion off her. Those are some dangerous secrets and they’re sure to blow up in Stefan’s face eventually.

Elsewhere, Days spoilers state that Jennifer (Melissa Reeves) will get some positive updates. Perhaps the results of Abigail’s tests will bring good news. Jennifer might be relieved if there are no signs of a serious condition. However, Kayla (Mary Beth Evans) doesn’t have enough info to pinpoint Abigail’s true diagnosis. That shocker will have to come later! 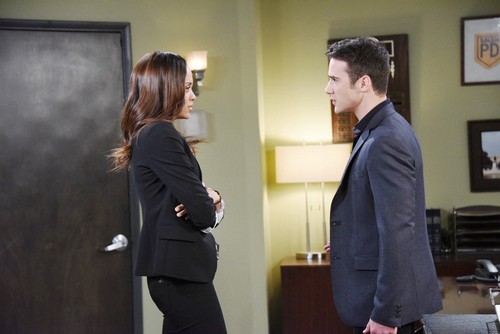 Other Days of Our Lives spoilers say Vivian (Louise Sorel) will deliver a warning to Sonny (Maurice Benard). She might suggest that Victor (John Aniston) and Brady (Eric Martsolf) are going to muscle him out at Titan. It looks like Vivian’s hoping to recruit Sonny for a position at DiMera. She’s always got her eye on talent that could propel the company to the next level.

While Sonny mulls over Vivian’s comments, Eli (Lamon Archey) will do his best to calm Gabi down. She’ll be pretty upset about her upcoming trial, but Eli won’t want her to worry. DOOL spoilers reveal that they’ll try to prepare for what’s in store. Eli will hope he can put Gabi’s mind at ease and get her ready for the drama ahead.

DOOL fans won’t want to miss this exciting episode. We’ll keep you posted as other Days details come in. Stay tuned to the NBC soap and don’t forget to check CDL often for the latest Days of Our Lives spoilers, updates and news.